Which drives me to this: 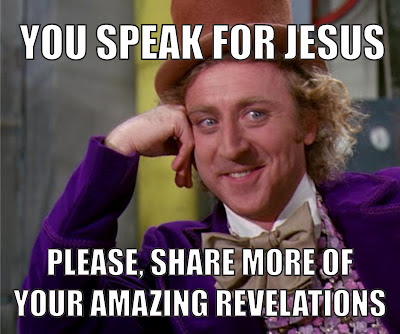 I've got to say it. While I cannot condemn man, woman, child, or animal to hell, or send them to heaven, I do suspect that using God's name to spread sin is not a path one should like to be on.

In a sense, it is like jumping off of a forty story building because you are absolutely convinced that gravity does not concern you. Only, you don't die. You suffer all the problems of such a fall, only you will never die. Imagine that. That is hell. But if you convince even one other person to sin? Oh, it gets worse. Then you go into the proverbial oven too.

Bah! It isn't even funny.

That's what sent me 'round the bend on this one.

The REAL Jesus said: "If you cause one of these little ones to sin, it would be better for you to have a millstone around your neck, and be thrown in the middle of the sea.".

The amazing (?) part is, a highschool chick put it up.

Public school does JUST what it's s'posed to do. Teach 'em WHAT to think, not HOW to think.

Really, I was flabbergasted. I imagine on judgement day, our Lord looking down from the Throne: "Say Katherine...could you show all of us that facebook entry you did...?"

Didn't someone once say something about little children and Leadership?

Really, now. When did it become so chic for ostensible believers in Christ to completely ignore the Scriptures and follow along with a groovy, rainbow-y fad?

I guess to ignore it one must have actually read it in time past.

And just to be REAL clear to the odd visitor...I am reporting, here, not espousing!

Oh, that's just the tip of the iceberg!
Your pubic-screwools are turning into festooning cesspools of spiritualism disguised as "science" wherein they talk of everything from worshipping "mother Earth" to talking to dead people and astrology & palm it off as "research", so they can get your kids' heads opened up to the devil-spirit realm nice and early in life.
UFOs, ESP, OOBE, all this Jew Age hooky-pook-ism that's really nothing new at all...it's the same old lie: "ye shall not surely die"/you're not really dead you're just floating around in the sky.