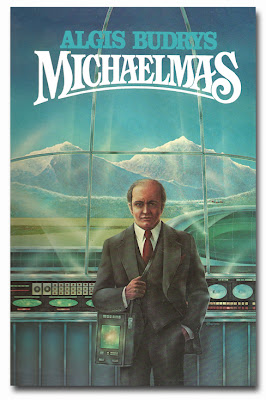 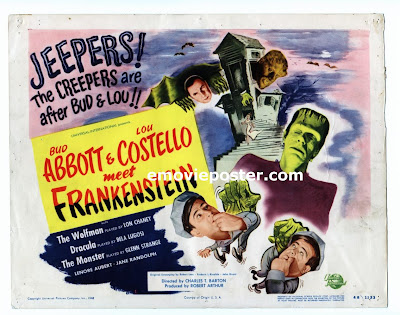 "So round, so firm, so fully packed." Lou Costello's scheming girlfriend starts , and he finishes.

That is the best line in Abbott And Costello Meet Frankenstein.
I have never been an Abbott and Costello fan, not even "Who's on First?", nor any of the other bits derived therefrom. Lugosi has always been over-rated. The character of Larry Talbot is a whiny-boy.
Frankenstein's monster isn't Karloff.

Other than that, it's a pretty good movie.

My favorite Mudd episode "Mudd's Women" was on tonight. Roger C. Carmel has steely cunning in this turn, as opposed to the over-the-top comedy of "I, Mudd".

The women are, well..

There may yet be hope.

I posted this on FaCHAYbook:

I think the nation's collective IQ just went up 1 SD.

You may be being generous with how much of an increase there was in it.

I  have neglected the myriad of reader here at my little corner of the Blog-o-VerseTM and for that I repent in dust in ashes! Not without a whinging excuse, however. Your Aardvark has been busy. Amazingly so; simply covered up with work. This is a GOOD thing, but is tiring on a body, and has taken my attention away from more creative endeavors, such as the BlogRadio thing. I shall attempt to do more writing. I have several things rabbiting around in my head to deal with, Things of Import.

But now is not that time. Mr. Wolff and I are great fans of the series SUPERCAR. He writes some amazing stories from that universe. We became friends on the Yahoo group Black_Rock_One, and one of the Supercar discussions was the possibility of building a Gerry Anderson Supermarionation theme park. Hilarity and creativity ensued.

The Dread Dormomoo and I went to Chattanooga for a couple of days Away, and went to our Amusement Park of Choice, Lake Winnie (really Lake Winnepesaukah) We found a wonderful ride which would be perfect for the STINGRAY section of the Supermarionation Park. The most evident bad guys are Aquaphibians:

Well, kiddies, the perfect Aquaphibian ride is "The Sea Warrior". A little paint modification will do the trick!

It is an...intense ride, made the moreso by my discovery of a phobia of thrill ride latches. The latch on this thing was secure. I checked it, the ride operator checked it. The ride is comparatively tame as things go, a scrambler with Z-axis motion as well, heavy on the centripetal force. My little brainworm kicked in and I had visions of our being flung across the park. I have never been afraid, really afraid on a ride before.

Then  there was The Matterhorn. (Video by TheDrivingBlogger)


More latch worries. Lake Winnie has a GOOD reputation for ride maintenance, but fears are not rational, and I was NOT rational. Let's just say I wasn't speaking English by the time the ride was through. It was fun, and I enjoyed all the sensations concomitant with high-speed air travel, but the concern of our being catapulted across the park, well, that's me all over.

We went to Raccoon Caverns as well. I felt safer with megatons of rock above me.

This is not as grim as I paint it. We had a VERY fun time, just those two rides that tweaked my lizard brain. It's just that having fun is more work than it used to was.

I do not care if you are a giggling fanboy of Hizzoner Mr. Obama, or if you are his most ardent foe; the President and his court of jesters are making dreadful decisions, deadly decisions, decisions that could truly decimate (and MORE) the population of these United States.

When I was in, oh, the sixth grade, we learned about the typhoid epidemic, and about the protocols that public health officials developed to track down Patient Zero, and then, all the potential exposed persons. Included in those protocols was quarantine. Later, "The Readers Digest" titillated its readers by detailing the selfsame methods used to track down those with syphilis and gonorrhea in attempts to deal with the incipient epidemic of STDs in the '60s and '70s. Point: we have a disease of frightening virulence being treated like a head cold. There is no effort being made to limit incoming travelers from Ebola hot zones. The CDC head his own self said "The right of return (via air travel-ed.) is more important than preventing disease.". Our borders are perilously porous, and should an outbreak reach Central America, there will be a flood of Ebola victims coming north to the cornucopia of medical wonders. I do not think that the President's feel-good whistling past the graveyard will prevent National Guard units and state militias setting up machine guns on the border facing south, and producing scenes that make Walking Dead and World War Z look like a Disney movie. "War on Ebola"? That will be the warfare, unless we can miniaturise submarines ad SEALS to fight the virus hand-to-hand.

I call on Congress, and upon the President to cease giving a deadly virus civil rights, end air travel to and from hot zones like Liberia, and seal our borders. Mr. Kerry has said "We NEED open borders. We NEED unimpeded air travel (from Liberia, Sierra Leone, etc. -ed.)". Why? WHY? Why are these things needed? What purpose is served by these conditions? This putative need is not axiomatic; it is merely a step toward, a precursor to...what?

Is the "what" worth an epidemic entering, being imported into our country, an epidemic which makes you bleed from every orifice? Does Mr. Obama wish to see his daughters bleed out before his eyes? Does he and his followers wish to see mass exsanguination of his fans and foes alike?
Viruses are a-political; they just wish to use you as a vast reproductive organ. If our leaders do not begin treating this disease like a disease instead of as a privileged minority, well, we will be screwed.