Merry Christmas, to all my Reader!

It is a good day, a Classic Christmas Day, a snowy Christmas day, the air crisp and chill, and redolent with the aroma of frying turkey once you get inside.All the kinder are here for the celebration and the quaffing and the opening. If the coming of Christ had only opened the door for this day, it would almost be enough!

It makes the angst of the previous month worth it.

In time past, this would have sent me to the ramparts brandishing a broken Welch's bottle to support my fellow believers, but I started thinking about this whilst in the shower. A "secular war against Christians"? What precisely is preacher Graham expecting? Jesus gave us a clew when He said ""Do not think that I came to bring peace on the earth; I did not come to bring peace, but a sword." (Mt. 10:24) He did not come opening the door for our eligibility for Nobel prizes, nor even the Key to the City. We should not expect the accolades of a contrary public, though our behavior and good works should merit them. As a Christian, you should not expect to rank in the public eye up there with the fireman who rescues Li'l Judy's kitty from the elm tree. Our message is one of division, not of amity with the world. The world does not appreciate the message of the cross. It barely tolerates the story of the Little Baby Jesus in the manger with the oxen and the sheep and the donkey and the kitty and all the fuzzy puppies, yet the mark of that Birth is shown across the world, as even pagan cultures have Christmas celebrations. Granted, they are St. Nick heavy, but in all the trappings, the manger scene shines forth. The Taliban even gets in on it:

"I’ve even seen the Taliban catch the Christmas spirit. In Afghanistan in December 2001, a bearded gang of Taliban fighters, all devout Muslims, emerged from Al Qaeda’s lair in the Tora Bora Mountains. They were dragging a Christmas tree for us journalists. If these Kalashnikov-toting Afghan fighters could bring us a Christmas tree, why can’t I wish you a Merry Christmas?
Walter Rodgers, a former senior international correspondent for CNN, writes a biweekly column." (The whole story is here: well worth the reading)

It is contradictory in its nature that a world so touched by a celebration of Jesus' birth should be so offended by His Death, but there it is, and Jesus said it would be so. In one sense America has been a Christian nation, and built on a Christian consensus, and biblical sensibilities. On the other hand, our president is correct: we are no longer.

Christians needs to get on the stick and do their job of making disciples, rather than haunting call-in shows, whining and expecting what Our Founder said we would not get. 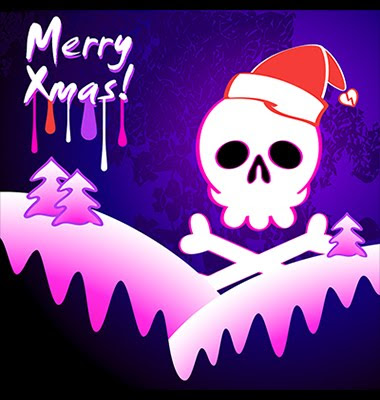 Being raised nominally Presbyterian (and by nominally, I mean I was not even taught TULIP!), I did catch a good understanding of Total Depravity. I have never had a sanguine attitude about the Innate Goodness of Mankind. Raising four wonderful children with my wonderful Dread Dormomoo, I had proof that kids do not have to be taught to be...not good.

There is no reason for the coming of Messiah otherwise.

So last night I went to the shop to check that things were turned off, when what to my wondering eyes did appear...

two broken windows. Upstairs windows. Windows that required effort to break. That brings the total to four the windows that the local sons of Belial have thrown rocks through. It's not like the Granville House in "It's a Wonderful Life", with a long heritage of snaggly windows thanks to kids tossing rocks and making wishes. Our building is clearly a business location, not an abandoned wreck. Sigh. I fully expect people to do bad things betimes, but I do not understand the why. Why break windows in a building not-your-own, for apparently no good reason.

Merry Christmas to me.

My mood is firmly entrenched in Code Black. I have to buy surveillance cameras, now.
I have to spend money that I cannot comfortably spend to nanny the little darlings, and perhaps bring them to book.


Have yourself an indie little Christmas...

Well, the Christmas ads just keep on comin', hit after hit, and, with the exception of the Hyundai car ad performed by Pomplamoose, they are utterly dreadful.

What to do, what to do? After a fallow year of blogging, I enter a positively tapioca Christmas season. Aside from a Pennsylvania town knuckling under to a single whiner and removing a Nativity scene, it's pretty much bupkis.

We have been wallowing in classic Christmas schmaltz here at Chez 'Vark. Disney holiday shorts, longer "classic" Christmas shows like "The Life and Adventures of Santa Claus" by Rankin/Bass, done in Animagic, a sort of 3-D stop-motion anime. It is based on a story by OZ-smith L.Frank Baum, and effectively removes Santa from the Christian hagiography, but stylishly. I do question the Desirability of proclaiming a first-run Christmas cartoon "a new Christmas Classic!", especially one that is done in Flash. I was privileged to see the first showing of "A Charlie Brown Christmas" on CBS in 1965, and that is well and truly a classic. Oh, wait...this is the third year "A Cranberry Christmas" has been shown. I had never heard of it, and I'm Mr.Christmas around here. It's sponsored by Ocean Spray. Hmmmmmmm...I smell a conspiracy, a tart maroon conspiracy with tiny seeds. I bet Soros is involved, too.

I gotta drag out "It's a Wonderful Life", the Acme of Capra-corn (and I say that with the utmost respect for Frank Capra). One of the high points of Batman-the Animated Series back in the '90s wa the episode "Christmas With the Joker". Robin is trying to talk Batman into chilling over the movie on Christmas Eve, and is shocked to learn that his mentor has never seen the film. "I never could get past the title." sez Bats.

A pet peeve (should that be "companion peeve"?) of mine is kidifying "Christmas". Chrissums, like that. My latest is done by the estimable Tim and Eric and their "Chrimbus" substravaganza. I have nought but disdain for their efforts. " Tom Goes to the Mayor" had its moments, measured in moments, but their other shows ever rise to greater depths. They rate a resounding MEH in my Entertain-o-Metertm. Chrimbus. Humbug.

I am sadly on the Scrooge end of things this year. The emptiness of the Season is palpable. Rampant consumerism, even on the cheap, drives the thing. As far as our current culture is concerned, Jesus AIN'T the reason for the season. Black Friday and Cyber-whenever are.

To raise the mood level, I encourage you to watch the above video. It'll even make ME feel better.

Humbug.
---------------------------------
Addendum: I always get this way this time of year, a relatively mild case of Seasonal Affective Disorder, a non-euphonious name for Blue Christmas. Waning sunlight and overheated expectations do not a good combo make. Customers who are loath to pay timely (cough-publicschools-cough) also add to the joy. I HEART public school. What's not to love about an organization built upon "Someone Else Will Pay For It"?

"But teachers are having to take their own money to buy toilet paper and pencils for their students!!!"

I weep. They signed up for the gig. Have their union and/or professional organizations push to DECREASE the size of the administration. The school systems are top-heavy with non-teachers sucking up the resources. Ho, ho, ho. You might get fewer crack-brained ideas filling the schools with non-working educational schemes.