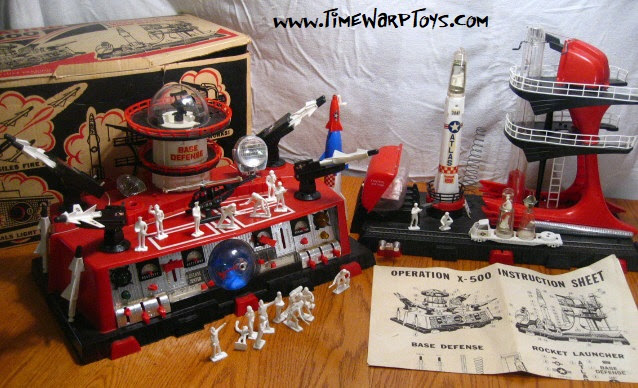 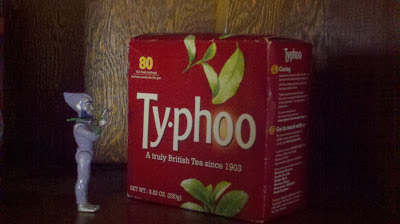 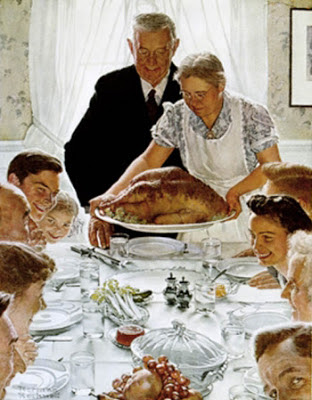 To all my many Reader-

I am thankful for our nation, that our nation has not passed the point of no return if only good men and women will do right; that I have a lovely family, all that I need, and that God loves us so much that He wants us to be with Him forever, so He sent Jesus to us on our silent planet.

I am thankful for good authors, Bradbury, Heinlein, Cordwainer Smith, Dickens for the schmaltz, T.S.Eliot, Lewis, L'Engle, Twain, Wodehouse, Steinbeck, Poe, Harper Lee, and the myriad of other writers of lesser note who have enriched my life.

I am thankful we turned off cable last January.

I am thankful for the Wonka meme, old-time radio, and audiobooks. I am thankful that my muse has not left me bereft.

I am thankful for the odd little assemblages of fans that we regularly hob-nob with at anime conventions. Thankful for anime, especially old-school, Leiji Matsumoto, Hayao Miyazaki, the weird and cranky stuff out of the '80s and '90s.

I am thankful for Stan Freberg.

I am thankful for you.
Have a blessed Thanksgiving day, and may the coming year supply many more things to be thankful for.

The glutting of America (or) Remember When "Holiday" Meant "Special Day"?

I had a dream this morning. I was driving through our little town, and I noticed photography being done around the marble balustrades of the Elkmont Courthouse, which was just uphill and beside my screenprinting shop, which was down a little side street to my left. I went to speak to the elfin blonde photographer, and she turned me around and showed me the amazing job our local department store had done decorating for Christmas.

Given that our Town Hall occupies an quarter of a metal utility building, which also contains our volunteer fire department, and the closest thing we have to a department store is Dollar General, I began to understand that I was dreaming.

What can I say? The store was enormous...must have covered half a city block, built in the gingerbready reddish-brown brick and concrete favored in the early twentieth century. The windows, grimy with accretions of city traffic exhaust, still shone with the tinsel and light within, promising a wonderland of Christmas color to all who entered.

I awoke shortly, after finding myself changing clothes in the hallway of a starship.

I awoke wistful, remembering my childhood, calling to mind those very wonderlands I had experienced as a little boy. Certainly, you could go to Sears, or to the local five-and-dime and find toys year-round, but it was pedestrian fare, bikes, yo-yos, hula hoops, cap guns, dolls; the stuff to see a kid through birthdays and good grades on the report card. But CHRISTMAS! The local small-town Sears store was ablaze with colored lights and shiny streamers, a majestic tree in the window. and beneath the tree, a bounty that (you hoped) presaged the trove to be found under YOUR aluminium tree at home come December the Twenty-Fifth (Correct!). Even the grocery stores were festooned with tinsel AND toys, the playthings courtesy of Deluxe Reading (pronounced "redding"), a company that marketed through food stores. Christmastime (you know, the holiday period that occurred AFTER Thanksgiving) was a time bursting with Things You Did Not See the Other Eleven Months.

In short, a special time. (Lest the history-ignorant crowd who take umbrage at the use of "Xmas" take ALL the umbrage, let me say "Put down your 'Jesus is the Reason for the Season' picket signs. This is not about that aspect of the season. Trust me, a moral is in the offing, and you may feel spiritually superior all the more for it.") Sights to see, foods to eat, smells to enjoy unlike any other holiday. If there be an American melting pot, then it is Christmastide.

But, to again quote Commodore Decker: "Not 'ny more!". Walmart shelves are bursting year-round. Toy stores are filled with the same stuff year-round; all Christmas does is provide a time to roll out the new models. It is "everywhere, everywhere Christmas tonight" every night. I can pull out a DVD and watch "Rudolph" or "It's a Wonderful Life" in August, if I so choose. A con friend wrote on her Facebook:

Not sure how much actual "Black Friday" shopping will happen for me this year. It's not as much of a big shopping day on Friday anymore since store "sale" hours are being pushed back into the Thanksgiving holiday itself, thus making it LIKE EVERY OTHER DAY EVER.

Her sentiment echoes a culture bereft of "special". We have a surfeit of everything, all the time. Toy stores encrusted with Santa's bounty year-round.

Shucks...remember Saturday Morning Cartoons? You waited all week to see "Herculoids" or "Space Ghost", or cool Supermarionation shows like "SUPERCAR" and "Fireball XL5". Now it's Saturday morning all-day every-day. Saturday is no different from Tuesday afternoon. Too much, all the time!

At this point some Righteously Indignant sandal-wearing chicken-neck will splutter about "redistribution" and "the poor". Not what I'm talking about. Shut up. Go think about maybe considering working the soup kitchen, or donating that scuffed pair of Birkenstocks to Goodwill.

The homogenizing of holidays is execrable, and must end. Stores closing on Thanksgiving and Christmas might also be helpful, but that's another story. Please let the holidays (holy-days, both secular and religious set-apart days) be separate, from ordinary days, and from each other.


I have long let it be known that I do not have a kosher bone in my body. Of course, since a Reuben sandwich is patently unkosher, I have no idea what that had to do with anything, save to say that I am all ham. The provenance of the Reuben is in question, though the fact that "Reuben's Delicatessen" claims the distinction provides more than enough proof for me. Besides, Mason Adams told me that was true. He also told me that "Smuckers" has to be good. I have no argument with either.

I have also long claimed to make the best Reuben in the South, but such a claim must be founded upon fact. When I opted to stop at an Arby's to sample their Reuben - I was traveling to a convention, I was hours later than I wished to be getting started, and was thus in a wretched mood -  I placed my order, and as I moved to the Place of He Who Stands and Waits, a sweet thang called out "We are out of corned beef.". The person ahead of me got the last. The sweet thang apologised, and said "I can make it for you with turkey!". I smiled sweetly back and told her that if it has turkey, then it's not a Reuben. I got my refund and drove on, kvetching a great kvetch to the Universe.

A Reuben is made with corned beef. That is FLAT! And Swiss cheese. And sauerkraut. And Russian dressing (Thousand Island is standard now, but Russian is more accurate). On Rye. Grilled with Butter. My patented method layers cheese throughout, as though it were some curd-ey mortar. The melting cheese holds everything in place. Now, the standard method is to assemble the sandwich, then grill it both sides.

The Dread Dormomoo and I went to Anime Blast in Chattanooga last weekend, and as is our wont, we took several meals at the City Cafe Diner. One dinner I had a Reuben. As I prepared to eat it, I noticed the state of the generous slices of corned beef. I turned to the D.D. and said in the hushed tones of one who has just discovered the Ark of the Covenant in his attic "They grilled the meat before they assembled the sandwich!". As the Glory shone on my plate, it became clear that the rye was grill-toasted while the meat, cheese and all were grilled separately, then assembled and allowed to meld before serving.

So yesterday, I went to Publix, and because someone in earshot earlier in the day had mentioned a Reuben, I decided to pick up the makings. Boars Head (Yeah, we've come a distance from the Carl Buddig pressed meat stuff. I can make it sing, though!), and I even found a rye bread with no high fructose corn syrup (Pepperidge Farm. I normally riot over the price of PF stuff, but the HFCS thing looms large now. And this is a special thing. The Aardvarks usually enjoy more pedestrian fare.)

(Note to self: rotate the tins of foie gras in  the cellar.)

I broke out our venerable cast iron griddles and set to work. And it worked. And it took less time. And it was scrummy! (Why is it that so many Brit exclamations sound like something one should get a shot for? "Worst case of scrummy I've seen in a fortnight!") Delish! (Who says "delish"?).

I have been converted to the Reuben Weirding Way.

I am the Kwisatz Haderach!

And they thought Papa John was evil.

The palatial Aardvark Estate built on the backs of the Workers and Customers alike.

The horror. We hear he eats pizza there.

If a thing of beauty is a joy forever....


The postmodern aesthetic is a curious beast. I am bothered by what I see. Why has Ugly become the pop-culture lingua franca? I suppose one could take the high road and claim that art is now taking its cues from Guernica, but that would be pretentious. It's just ugly.

I would not let my kids watch "Rugrats". The ugliness offended me, and I preferred that they see prettier things. You know, like "Jem" or "G.I.Joe". (There was the Ren and Stimpy video, but hey, John Kricfalusi is the Arbiter of all true Animation Goodness!) "South Park" has flashes of prophetic insight, but it is itself ugly, while decrying the culture's ugliness.

The bane of reality TV has brought us the likes of Boo Boo Honey and her mastodonic mother, bellwethers of our physical future. Adult Swim offerings are hideous, if funnily written. Everywhere, everywhere, ugly tonight.

The Dread Dormomoo and I are at Anime Blast Chattanooga, and are having lots of time to talk of things like this. Her question mirrors the statement of a very aware person:"Your mouth says what your heart is full of.". Is the ugliness rampant in the West a reflection of its inward arrangements? May be an obvious question, but it is the one no-one is asking. As the West continues to flee from the foundation that made it great, I suspect that beauty in our culture will increasingly become a premium.
Posted by The Aardvark at 11/10/2012 10:53:00 AM No comments: