Your Aardvark had great fun, working late the other night. He watched "Kronos" a 1957 SF movie that he picked up from his bud Kev with Monsterland Toys at G-Fest a couple of weeks ago.Overall, it is one of the most satisfying of the Cold War alien menace flicks, primarily because of the giant alien robot, and its non-standard design. Very cool. Watch the trailer, especially the "walking" animation around 1'30". It has the feel of the "realistic" NASA animations from the late '50s, early '60s featurettes shown early Saturday mornings on telly. The movie is available online for viewing, but it's better on DVD, so holler at Kevin! OH! Dr.Arnold Culver, the computer whiz, is none other than
George O' Hanlon, later the voice of George Jetson.

We have spent two weekends on the road (more on that later), and have discovered an epidemic in hotels. No, not bedbugs, nor housekeeping staff who don't speak the English so good. I do not go over the room with a black light to see what oughtn't be seen. No, this is worse than any unseemly splatters. I refer to hotels succumbing to Down Syndrome. You know, the kind you find on your bed. Pillows used to be fiber-fill, with at least a little support, but now, down pillows are The Thing. They offer no support, are squashy and unpleasant, and now I am forced to get a foam pillow to take to conventions.

We just had our run-off election here in North Alabamastan (as he held up a purple-stained thumb).For some reason-or-other the Christian Coalition still has some pull, and backed The Other Guy for Repub Gubernatorial candidate. The ads for Bradley Byrne sounded just like the bogus Conservative ads that were really done by the Democrat / Alabama Educrats in the election which prompted the run-off.The Christian Coalition backed Byrne. I received a bot-call from Paul Hubbert, the czar of the Alabama Education Association (the teachers' union) encouraging me to vote for Byrne for Repub Goober. This decided me to vote for Bradley, an MD who refuses to take a State salary until we are back to full employment, which also decided me. We have had attack ads questioning Bradley's faith. Political ads claiming that he "doesn't believe the whole Bible".

I really wouldn't care if Dr. Bradley was a Neo-Zoroastrian. I've had precious little luck with the True Believers I've voted in, starting with Jimmuh Cahter, and ending with our estimable Governor Riley. Once again, I must admonish my brethren: Neither America, nor Alabama, is the Kingdom of God. Neither is it the church.

The Christian Coalition (or any Christian voting bloc organization) now plays the role of Constantine. Having seen flaming signs in the sky, he gave the church Most Favored Religion status, and made law to benefit his pet belief-system, just as the Robertson/Dobson/Fallwellbeforehedied influence groups seek today. Neither Constantine, nor the Christian political blocs of today have any Biblical authorization to behave in this manner. Neither Law handed down on Sinai, nor law cobbled in Washington or Montgomery has any power beyond affecting external behavior through threat of sanction. As the NAACP conference is in the news, this example will suffice.
Were I a bigot (Which I am not. This is an example, not my identity), the law says that I must allow a black man to sit with me on the bus. The threat of the force wielded by the State merely prevents me from taking overt action to remove him from my proximity. I may not hit him, kick him, or kill him. I must abide his presence on the bus. The law constrains my acting against him for just being.

But the law cannot make me love him.

So, too, any attempt to "Christianize" America politically. Law governs by force. This is antithetical to the Christian faith. External change may make the bus ride less bloody, but only internal change, new-birth change, can bring either of us to embrace each other as brothers.

Jesus taught to make disciples, not to make Kings. We are called to teach them what Jesus taught His disciples, and it took Him three years to do it. Changing the inhabitant of the White House or Governor's Mansion won't change the nation, nor the culture. Only changed hearts will. Vote for the ones to represent us. Pray for them, but don't expect them to turn 21st Century America into "Gloryland". That's kinda our job.
Posted by The Aardvark at 7/13/2010 09:50:00 PM 2 comments: 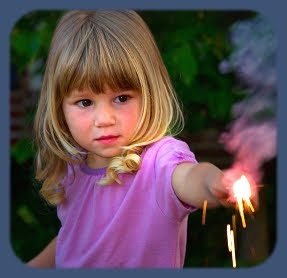 Let's all move to Vermont!

Sparklers less than 14 inches long with no more than 20 grams of pyrotechnic mixture and novelty sparkling items limited to snakes, party poppers, glow worms, smoke devices, string poppers, snappers, or drop pops with no more than 0.25 grains of explosive mixture, that are in compliance with United States Consumer Product Safety Commission regulations, are now legal for sale and use in Vermont.
-- Vermont...Division of Fire Safety

Let's all celebrate our freedom from tyranny. 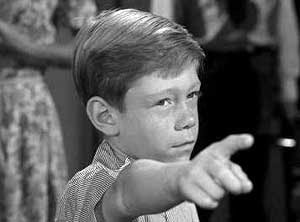 Thinking SyFy into the
cornfield.


July 4th, Independence day, has a lot going for it: Cookouts, fireworks, meditating on why Neal Boortz despises what the holiday has become, and knowing that when I turn on the telly to beat the heat outdoors, I will not be treated to Sharktopus, or The Chicken Heart That Became The Black Hole That Ate Peoria on SyFy. Always, always The Twilght Zone marathon. But in a move destined to damn eternal verities, and royally tick off fans of the channel, SyFy has chosen to compound the indignity of its name change, and run, not Rod Serling's opus as a marathon, but instead, treat us all to a twenty-hour marathon of Stephen Cannell's The Greatest American Hero .

Now, I enjoyed TGAH when it first ran. My first experience with it was when we lived in the Smokies, and I had Galloping Bronchitis, and pulled muscles in my chest from the coughing. The dear sweet teetotalling Dread Dormomoo saw my plight, and displaying Wisdom Beyond Her Years,. she suggested that we stop and pick up some wine to relax my muscles. Heh. I didn't know from wine, but had read about port, so we got port.

We got home, and the DD prepped supper. I sat moaning and sipping a glass of port wine. Yum. I turned on the tiny black and white set that served as our link to Outside, and there was this new show about a guy who found an alien super-suit, but lost the owner's manual. By this time my near-virgin metabolism was gnawing away at the wine, and I was feeling considerably less pain. By the time My Sweet brought my supper, my opinion was that The Greatest American Hero was the finest piece of comedic Sci Fi television to spring from anyone's fertile imagination as Athena leapt from Zeus's brow.
Despite my beleaguered chest muscles, I was laughing. Uproariously.

Wine that maketh glad the heart of man. The Psalmist knew what he was talking about.

So, fond memories of The Greatest American Hero, but I know The Twilight Zone, and you sir, are no Twilight Zone .

SyFy seems to have taken FOX's programming style: give the people something good, then take it away when they are hooked. Now we have pro wrestling, and reality shows about grown people who go to dark places with night vision cameras and scare themselves like ten-year-olds on a Scout campout. Oh, and now they have a show about a psychic who makes her family's life miserable. (Ben Stein voice) Yaaaaaaay.

I may watch some of the Greatest American Hero marathon, but it will probably require port to make me enjoy it.

I could always go outside, play Handel's "Music for the Royal Fireworks" and wave a sparkler around.