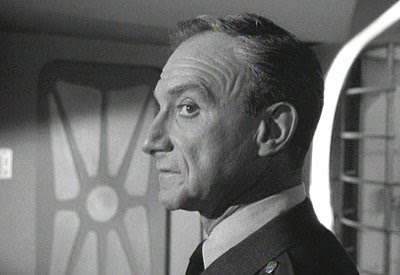 Your Aardvark is 52, has (controlled) high blood pressure, is somewhat overweight (no longer a svelte 165, but certainly not needing a piano-crate coffin, either), and has no health insurance.

That's right, kiddies. When your Aardvark has pollen-impacted sinuses, or the galloping bronchitis, or has his arm yaw when it should have pitched whilst carrying a heavy piece of equipment, he goes to a local clinic, where he pays cash, either then, or in thirty days.

He is often prescribed pharmaceuticals, and more often than not, at least part of the scrip is in the form of free samples of the drug. When he thought he was having a heart Event at an out-of-town convention, the pain eased, and (we perhaps foolishly drove back to AL)) upon arriving home, to the local clinic he went, fast as he could caper. The nurse practitioner did an EKG, then asked about insurance. None. He went "Whoops" or somesuch, trundled the EKG out, and pretended he had not run the test, which had shown normal. Finally after much pokery and proddery, he put his palms on your hero's breastbone, and all but did a handstand. "Did it feel like this?" "Yessss" came the reply. Turns out the 'varky sternum had been strained from overmuch t-shirt printing, and himself was told to lay off for awhile. Your Aardvark was treated, and well, and paid in cash.

Your Aardvark has Health Care. No insurance, but health care.

The Dread Dormomoo, now, has insurance. She will be going in for a Small Procedure in a few weeks - nothing dramatic or to be flailing arms about, but needful. There will be a Deductible, which we will pay out over a few months, but the bulk will be paid for by insurance. She has Health Care, and insurance.

We both of us have Health Care.

A woman of our acquaintance does not work. She was kept out of school by her well-meaning parents because of "nerves". She has zero marketable skills, and I do mean zero. Both of her parents are dead, so now Everyone is her parent. She is on welfare, buys food with an EBT card, and lives in subsidised housing. When she is ill, she goes to the Clinic. If there were no clinic, she would likely go to the ER, where she would be treated.

Seems the ObamaCare argument uses the wrong terms. Everyone in the nation has Health Care available. By law.

The Aardvark drives Dodge minivans, firstly because they are so-o-o-o-o sexy, secondly because nothing gives him more pleasure than zooming past a Camaro on the Interstate in one, and thirdly because he is cheap, and refuses to pay Escalade prices. There are many such vehicles on the market, and each has its fans. So too health insurance. Some pay for insurance, some pay more for insurance, some cannot afford insurance, and some choose to use their money in ways other than paying for insurance. Some drive Vespas, some VW's, some Beemers, some bike, some walk. The market is filled with -dare it be said? -diversity. The Obama administration is proving that it does not truly believe in diversity, but in Tapioca. Very, very expensive Tapioca, that no-one really wants, and which purports to fill a need that does not truly exist.
Posted by The Aardvark at 7/24/2009 10:59:00 AM 1 comment: 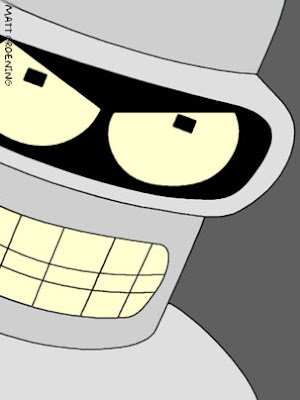 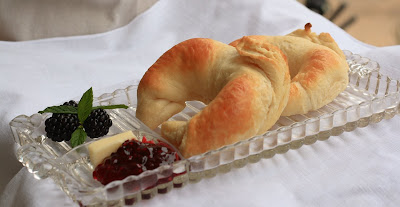 This lovely bit of plating is from Loen. My youngest son made real croissants from scratch, the eighty-one buttered layers kind. The blackberry jam was made by the Dread Dormomoo, from our home-grown blackberries, and Fuji apples. The berries of the lovely garnish are what our homegrowns look like, pre-jam. The sugared mint sprig is a variety we brought from my home in SC. Butter by Sam's Club.

A lovelier num num I have never had. 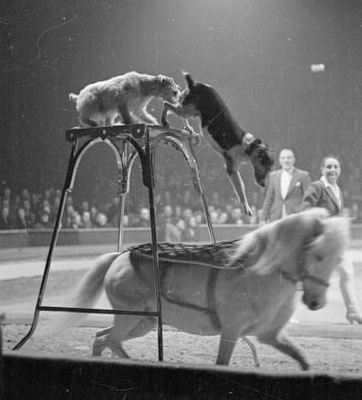 Trot out the little carts, and those adorable little hats; the dog-and-pony show is set to begin Monday. Supreme Court la-TEEN-a nominee Sonia Sotomayor-r-r-r-r will be bunting softballs for a few days next week. (I am reminded of a rarity: a funny SNL skit from years ago, showing TV news reporters ordering Mexican for lunch, very white, very American newsreaders pronouncing the dishes as though they were reporting from Central America- Nee-ha-RAH-WAH, chee-mee-CHONG-ah.) Rightists are fulminating that a liberal woman will be on the Supreme Court, not realising that she will merely be replacing one.
Posted by The Aardvark at 7/10/2009 09:40:00 AM No comments: