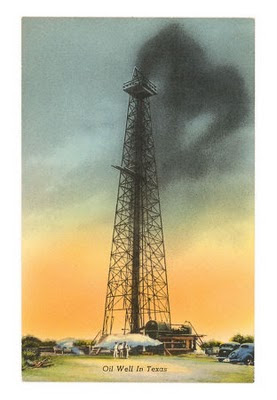 If I hear another lie from the pretending Liar-in-Chief, I am gonna explode. In fact, I just did, screaming at the radio.

Screaming, like a feminist who just dropped her bucket of Ben & Jerry's on her favorite cat, killing it.

He was blathering about the "drill, baby, drill" or somesuch, and he said that if we were to get every drop of oil from our resources, that "it would not meet our long-term needs".

His misdirection is breathtaking, but not as asphyxiating as the credulous listeners who hear and do not perceive. Certainly, it will not meet our long-term goals (however he defines them), but increased domestic oil production will currently fulfill our current needs, which is our entire problem now. We need fuel NOW, while we work out the solutions for the future. It is like saying that we should sit in the dark, because our lightbulb production cannot possibly meet future illumination needs. We need a man or woman in the Oval Office who has the clarity to see NOW, because we have to move through now to get to then. Obama's thousand-yard stare is of no use either to us or those in the future. To put it shortly, Barack Hussein Obama is of no use to us, period. 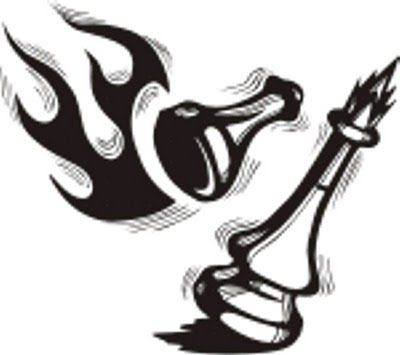 President Obama seems pathologically unable to practise strategic thinking. He apparently only deals with Things Tactical. There are people who play chess with their next fifty moves planned ahead, then there's the way I play: just responding move-by-move. I don't win much.

A federal lawsuit set for trial here Monday argues that isn't simply a coincidence or a reflection of an anti-tax electorate, but designed to discriminate against black schoolchildren.

The case is Lynch v. Alabama, named after one of the plaintiffs...

The irony is palpable. They were at least smart enough to include a few white kids in the suit, to fend off accusations of "reverse discrimination".

It is instead taxpayer extortion in the Name of Civil Rights. All of the property money goes into a pool, where it is divvied up. Birmingham and Madison County apparently get more than "their fair share" except that they also pay a large percentage of the tax bill. Should property taxes increase, I will be curious to hear the howls from property owners in Sumter and Lawrence counties.

I wonder how many of the plaintiffs rent?

This made me happy.

Hooked from Character Matters on Vimeo. 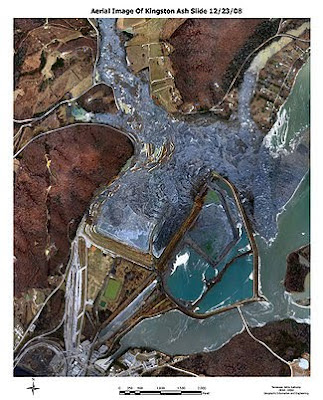 
We must stop the HORROR that is coal electric energy production.

The destruction, the terror, the loss of property!!

Is 45% of domestic electric generation WORTH the danger posed by ASH?!

In other news, the Department of Energy has discovered the existence of Electric Fairies. Efforts to utilise them for domestic power production has been hampered by the EPA's placing them on the Endangered Cryptids list.
Posted by The Aardvark at 3/18/2011 08:39:00 PM 1 comment: 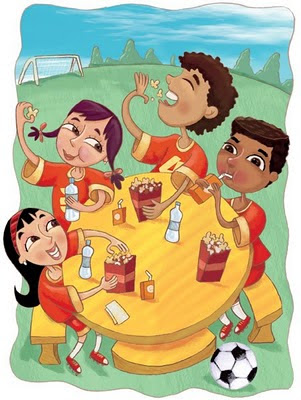 Wisconsin Congressional Democrats have taken their soccer ball and gone ho...wait, they haven't gone home; they've run away! They have joined The Beaver, Dennis the Menace, and hordes of other five-year-olds who didn't get their way, or who went to Dad's study, but didn't learn their lesson.

What lesson? YOU LOST! You are no longer the majority. In a representative government, the Majority has more clout than the Minority (apparently Beav didn't learn his math OR civics lessons, either). Having a tantrum won't change the numbers. This isn't American kid's soccer, where EVERYONE gets a pizza party. Unless, of course, you throw an especially excellent tantrum, turn that exquisite shade of blue, appear on CNN, and get Jesse Jackson to declare the whole "collective bargaining" thing a "Civil Rights Issue".

It's easier to win the soccer match if you have some adults to move your goal around.

BTW, has anyone noticed the Marxism inherent in union-speak? Collective bargaining...struggle....

So, it is time to go home, WI Dems, and represent your constituents. You are the minority, and do not have the clout you once did. You will likely lose this issue. Mensch up, guys 'n' gals. Do your job, even if you lose.


Isn't it time to maybe lighten up a tad? Everyone is tired of the Eternal Victim drumbeat.
There has been no black slavery in the YouEssofAY since the late 1860s. There have been no Nazi slaughters of Jews in over sixty years.

But, no, The ADL and other organisations spend their time, electronic antennae a-quiver, hoping to see or hear something, ANYTHING, that can be remotely seen as anti-Jewish hate speech, and then issue press releases and Threats of Reprisal.

They may not have learned as much from History as they ought.

Being a burr under society's saddle does not endear a group to that society, and tends to encourage fringe groups to take action. Sometimes fringe groups take center stage. If YOUR group is twitchy, or touchy, or just weird, then YOU may be the Star Trek red shirts when the Revolution comes. This has played out on the world stage time and again.

Mr. Foxman of the ADL, et al, Mr. Beck was not comparing Judaism with Islam. He was comparing The Reform tendency to Be Political with an Islamic group's tendency to Be Political.
You are smart enough to understand that. But, no, you have to play your Eternal Victim card, and savage a man who is a staunch supporter of the Jews. Whether one is a Zionist or not, your greatest fans and friends are evangelical-types. If you allow polemic to get in the way of that friendship and support, then you may not be as smart and clever as you think you are.

Another thing. Using "Nazi" as an historical comparison to stated practises and goals in no way diminishes the horror of the Holocaust. Knee-jerk "That's OUR victimhood! You can't use that word." attitudes DO in fact diminish it, cheapening it to an editorial page riposte. Between the madness that is in the world, and the victim card-playing of an entire people (or their self-anointed spokesmen) the oath of "Never Again!" becomes hollow whistling past the graveyard. Beck's point in using "Nazi" examples is not as a lame polemical barb, but rather is to show that the political and practical underpinnings of the German National Socialist party in the 1930s and 40s exist clearly and in abundance today, even in our current regime and its advisors. Beck provides ample historical and documentary evidence, using their own words. Perhaps your alarm should be better aimed at the current administration and its supporters.

"I would welcome the opportunity to meet personally to introduce you more fully to the Reform Jewish Movement, to discuss the concerns about this incident and about the concerns that many of my colleagues (half of them Reform, half Orthodox, Conservative and Reconstructionist) expressed in the open letter to you regarding the repeated references to the Holocaust and Nazis, so that you may better understand the pain and confusion that language evokes," wrote Rabbi Eric H. Yoffie, president of the Union for Reform Judaism in a letter to Beck.

Beck's comment on Tuesday stemmed from an open letter to him on which almost all the signatories were non-Orthodox rabbis. They criticized him for repeatedly comparing those with whom he disagrees to Nazis.

Jewish Funds for Justice, a liberal group that calls for Beck's censure for his frequent use of Nazi comparisons on his program, said the apology was "welcome but incomplete."

"We reiterate our call on (Fox News chief) Rupert Murdoch to end Mr. Beck's tenure at Fox News…. Anything short of this reflects an unwillingness to take seriously the harm Mr. Beck causes to many in our community and beyond," the group said.

"Harm" "Pain" "Confusion". "They criticized him for repeatedly comparing those with whom he disagrees to Nazis. "

This is schoolyard bickering, and unworthy of the line that had Moses the Lawgiver as its head.
Ooooooh You said "Nazi". THAT'S HURTFUL!

Mr. Beck does not call people with whom he disagrees "Nazi". He refers to those who display doctrines and practises congruent with the National Socialists "Nazi". There is a difference, and you know it, unless of course you only hear what he says through his critics, and haven't actually listened to what he says. He is issuing a warning of the cyclical nature of history, that if we do not learn from history, then we shall surely repeat it. You may do well to train your antennae onto that one