A minor frustration...the "Pursuit of the Po-Ho" episode is perhaps the most infamous, with Race dyeing his skin purple to play the god gambit...he rises from the river and says "All right, you ignorant savages, get a look at Aquezio, you heathen monkeys!", except for the DVD, which offers dead air except for "(G)et a look at Aquezio". The mouth movement and the subtitles present the original line.

Remarkably high body-count over all.

Dear political activists of all stripes:

On the day commemorating the freeing of those in Auschwitz, remember to check where your money comes from.

George Soros worked with the Nazis to take valuables from his own people, in his own country.

:...in 1945, when real Nazis were perpetrating the real Holocaust, George Soros, as a teenager, was actually helping real Nazis confiscate the real property of real, about-to-be-“exterminated” Jews in his native Budapest, Hungary....George Soros freely admitted his actions in the now-infamous Steve Kroft interview of 1998." (from PJM)

( and yes, I am aware of the vast amount of online redacting and furious backpedaling to clean up the...discomfort... caused by his interview.)

It is amusing that the interview has vanished, save for small tid-bits online. Glenn Beck's exposure of Soros has made a lot of scrambling happen.

If you find it, feel free to post links in the comments. 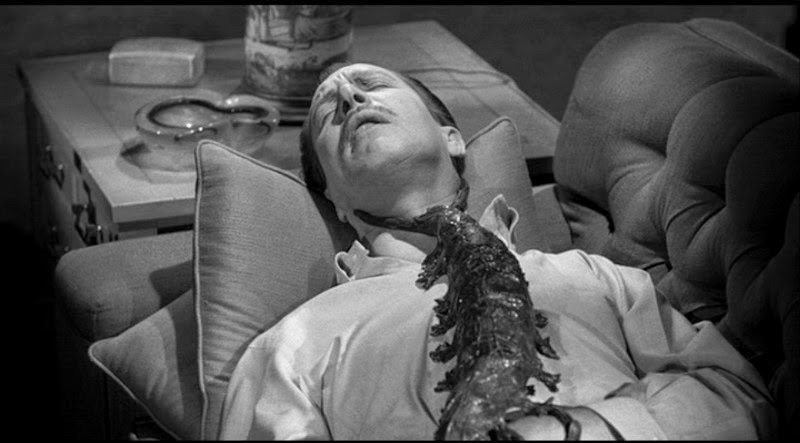 We have always been at war with Eastasia.


On one of the TV fan pages I stalk on Facebook, a person who wishes to be un-identified commented:

What's really sad is how some people think the actors and actresses should look the same today as they did 30+ years ago. Or they role they are in is real. In a 2014 reunion photo from CHiP's, there were several people that couldn't recognize some of the supporting cast from a group photo taken there. Others couldn't understand why Larry Wilcox and Erik Estrada looked old. That's scary.

My concern here is that kids have not been taught to recognise cues, or clues in what they watch. They are not being taught TO think, but are taught WHAT to think. Ordinary things (to us) like recognising something as being from forty years ago, escape many. Old cars, red shift on film stock, dreadful '70s fashions and soundtrack music...all combine to define a period. Students are no longer taught to gather evidence, or notice tell-tales. Training in situational awareness, or historical awareness, is lacking. The commenter above has (perhaps) unknowingly fingered one of the most damning things about modern education: that the students are not trained to think.

The Prexy is wanting to provide FREE 2-year college, because rights and stuff. What this equals is two more years of public indoctrination, high-school plus; this for college prepped kids who have seventh grade reading skills, most of whom cannot count back your change. (To me, the ability to count back change is only one step below having opposable thumbs.)

I knew how animation worked as a very young child. In the fourth grade, I had classmates who were sure that they were actors in suits. I learned despair early on.

Wherein the Aardvark is Hacked to Pieces.

The THING online now is that EVERY allegedly helpful innovation is a "hack".

You know, using bread clips to ID your computer cables, paper towel tubes as low-rent cable channels, and old pantyhose to store Christmas wrap. Like that.

Now there are things called "food hacks". They used to call them "recipes". Now, I reckon we will see "Hacks From Heloise" in our Sunday papers.

C'mon...not everything is a hack. Let me be clear:

If by conquering, you mean broke...we conquered the outmoded concept of going to a convention to make a profit.

The Dread Dormomoo and I went to Anime Kaiju, a first-year con in Nashville with nary a Godzilla nor Pacific Rim nasty in sight, which was held at the quasi-venerable Millennium Maxwell House Hotel. Yes, that Maxwell House. (It would be venerable had the original not burned down.) First year con. January 2-4. YAAAAY! The youngun's will have their Christmas money!

Unfortunately, Grammy doesn't give Christmas money anymore. The ungrateful wretches never sent a thank you card. Not once. So now they get a $10 Amazon card. Or an ugly sweater.

The Aardvark does not swap for ugly Christmas sweaters. He might consider 8-packs of Hanukkah socks. The con organisers were great, really lovely people, and I cannot fault them, beyond the paucity of their advertising efforts. We met some sweet people, including guests like Professor Shyguy, Chris Patton, Eric Stuart, and Veronica Taylor. The kids attending were great, all several of them. There were the obligatory few "on the spectrum", but were also tolerable. All, all, loved our shirts. Few, few made that a commitment.

Again, this was at the Millennium Maxwell House, and if the Millennium is anything like this, the End-Timers are barking up the wrong eschatological tree. When does a historical hotel cease to care? The staff were nice, especially housekeeping. The room-make-nicers all spoke English as their first language. This smells like a miracle. They went out of their way to speak and be welcoming and friendly, besides, oh, doing their jobs well. The front desk, save for Heather, were lackluster, and seemed intent upon making it to the end of the shift. The restaurants, now, there's a horse of a different color. First night after setting up our tables, we went to Maxwell's the grill and bar, as that was all that was open. I ordered a French Dip, who took umbrage at my bossiness (no, the sandwich, silly), and herself ordered a cheeseburger sans bun. We did not hear the telltale sounds of bovine slaughter, which was the only conceivable reason it should have taken so long to get our food. It tasted fine, but I had a rumbly in my tumbly in the middle of the night. Good times. Breakfast was at Pralines, the actual dining room of the hotel. There was the usual overpriced a la carte fare, as well as the obligatory, usual hotel breakfast buffet of scrambled eggs, bacon-ham-or-sausage, bread larger than the toaster slots, grits-or-hash-browns...like that. It was entirely marginal. This, the home of Maxwell House Coffee, served Maxwell House brown water. It tasted like diet coffee, or water with a brown crayon dipped in it. The accountants apparently count coffee beans. Our Millennium Hotel food experience was eclipsed by Pizza and Chinese delivery! Best Wok REALLY was, though they offered neither mushu nor kung pao anything. Their garlic beef with pork fried rice was worth the price of admission.

OH! We had NHK World on telly. Always a treat. We learned that wabi-sabi is cool!

After we packed out this afternoon, we went to the restaurant we had promised ourselves: Demos'. True to form, the best Italian places are run by Greeks. This one is legendary. Garlic brown-butter spaghetti, anyone? Their meat-sauce is amazing, and I hate them, for it is better than mine. Then again, I am not Greek. The DD had chicken mozzarella, with thin-sliced ham and marinara sauce, GF-friendly! Will was our waiter, and was efficient and amusing. Please to note how much time I spend on food commentary. I wonder why I really go to these things.