My already tenuous grasp on reality is slipping. Things that are just-this-side of Eternal Verities are being shaken. I mean, come on ... The SciFi channel, which I got cable years back precisely in order to see, is now full of non-science fiction, like ghost-hunting shows, with nary a meddling kid in sight. It is painful to see grownups scaring themselves like twelve-year-olds on a campout. There is so much paranormal stuff on, that SciFi is making noises about changing its name to "Beyond". Oooooooooh. Beyond. And speaking of meddling kids, Cartoon Network, who brought us Dexter's Laboratory, Cow and Chicken, and PowerPuff Girls is now filling its schedule with decidedly non-cartoon movies. As questionable as it may be to some minds, CN brought anime to the fore here in the US, and some really excellent stuff, too, like Cowboy Bebop, and the two Ghost in the Shell series. Of course they also gave us Milk Chan, the less said about, the better.
Cartoon Network showing not-cartoons. Next they'll be showing WWE Wrestling on Lifetime.
----------------------------------------------------
If racism is defined thusly: "1 : a belief that race is the primary determinant of human traits and capacities and that racial differences produce an inherent superiority of a particular race" (Merriam-Webster)+, and many blacks - and their pet white academics "... argue that they can't possibly be racist by definition", what precisely are they saying about themselves?

On an amusingly congruent note, we shopped at a German grocery store last weekend.
ALDI is an interesting store concept, one basic store brand of anything (but actually produced by the name-brand factories, so you get the quality, not the higher price.)
They also carry a few specialty items, special purchases, and fresh produce. We got a cart of groceries for $45.00. Milk is more than a dollar cheaper than anywhere else.
You put a quarter in a slot to unlock your cart, and you begin your shopping. You do NOT have forty-seven different brands of ketchup, just one good brand, reasonably priced. Ditto cereals, cookies canned veg, pet foods...you name it. There are special buys, too: This month, there is a $700 PC, a wooden breakfast nook kit, a $200 gasoline-powered generator. You can purchase your family's groceries for considerably less than even Wal-Mart. You bag your own groceries (bring your own bags, or pay a minimal price for ALDI bags (they refuse to hide the cost of bags in the grocery price). Take your groceries to the car, return the cart its parking area, insert the chain lock- rather like the tongue on a seatbelt- into the slot, and your quarter pops out. Check the locator on the ALDI website, and go to a local one. The food is good quality, and good-tasting.
Posted by The Aardvark at 10/26/2008 09:10:00 PM 9 comments: 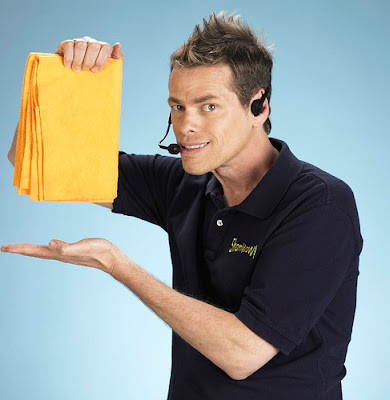 He makes me afraid. VERY afraid.

First, the obligatory disclaimer: I am not a racist. I try my very best to appraise a person by their character rather than lack of, or abundance of, melanin. From a yout' I was aware of racial differences, and sussed out that the "n" word was A Bad Thing. I find the concepts of racism and bigotry to be abhorrent in the extreme. That the Son of God died for all races is a powerful argument against letting red yellow black or white be anything but window-dressing. I am making cultural observations, here.

Watching the Presidential campaign, I cannot see how many people won't wind up as racists. The in-your-face race-card playing of the Obamanites and Acornoids is breath-taking, and the tacit attitude of "if you disagree with Barack Hussein Obama, then it is because you hate black people" is hard to take. The Book of Proverbs teaches that if you want friends, you should be friendly. Honey vs. vinegar. The melanin-rich are not the sole holders of the attitude. James Carville makes noise about the possibility of...unrest:

But you stop and contemplate this country if Obama goes in and he has a consistent five point lead and loses the election, it would be very, very, very dramatic out there.

My personal worry is this: the danger here is the issue of self-fulfilling prophecy. If you behave as though everyone is a racist, then people might get sick of being judged for what they are not, and say Perdition take it! The rule of (an unredeemed) thumb is "bite if you're bitten". If even tolerant folks get bitten enough, they will nip back.

Just call me James Carville. Or call me a cab.

I am reporting from Parts Unknown. Part of our public presentation involves each member of our sales team wearing a different color of camo. The Dread Dormomoo wears lime green; I wear purple. “Where would you hide wearing that?” the mundanes query. I fix them with my most reasonable face and tell them “Why, the Welch’s grape vineyards, of course.”.

I was waiting for the chef to prepare my pancakes at the Marriott buffet -no silver dollars, here; these were old-school hotel plate-sized pancakes- when this grandmotherly sort asked the camo question. I explained, and as I enlightened her, a little birdlike lady, probably sixty-or-so (I would say "ma'am" to her), flanked me and said “Well I think they look sexy….”

What can I say, beyond “Why don’t the twenty-somethings say that?”.

Just saw a shirt with a picture of which proclaims “FDR is dead.”.

I am at Classic Movie Monstercon in , TN. I had to forego another area con to help out with this one. Sara Karloff is a featured guest, being Boris’ daughter. Inherited celebrity has always been odd to me, I suppose in the same way that leftists grump about trust-fund kids. Reminds me of Penn Jillette’s appropriate grumpery over magician who spent weeks inside a room built of ice. “He’s famous for being NEXT to ice.”.

Sara is a sweet lady, and her celebrating her father’s talent is a good thing. Keeping the torches lit, I reckon. And the pitchforks sharpened.

Donnie Dunagan, the Son of Frankenstein, is here. He was also the facial model for “Bambi” in the original Disney film. Felix Silla, the guy inside the Twiki suit in the Buck Rogers. If a small person was needed in a role, Mr. Silla fills the bill, as well as the latex suit. He was the hang-gliding Ewok in Return of the Jedi. He was even in the original Star Trek pilot “Menagerie”. He is a nice guy, who has earned his cadre of fans.

The con organizer, Bill Millhorn, had only spoken to me by phone, and was surprised to meet me. He thought I was 25. Ah, the reedy tenor strikes again. He is a hefty man who moves like a force of nature through the room.. He and his friends have pulled together a neat concept convention for fans of the classic midnight horror-show monsters. Tim Herron, a horror host and actor for thirty years, is portraying Frankenstein’s creature for a panel. He does a spot-on Karloff.

I am drafting on other people's nostalgia, here. My neck of the woods did not have the Saturday midnight horror shows (and I likely would not have been allowed to see 'em if they existed). The classic Universal monster movies, as well as the plethora of B-pictures on telly were great fun. (My earliest TV memories were "It Came From Beneath the Sea", as well as "The 5000 Fingers of Dr. T"...and, of course "Supercar"!). I never had the Ashley Ghastly or Zacherly experience, sad to say. No celebrations of hair-raising chiller thrillers.

Something that amazes me is the plethora of mediocre artists who attain a level of notoriety and fandom at media conventions. I mean really mediocre. I guess if you can draw nipples, then you can get fans 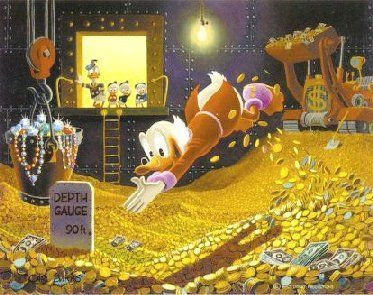 One of the preacherly sins I see is taking a small and mildly obscure passage and bloviating it into a forty-five minute endurance run.

Luke 12:16-21, "And he spoke a parable unto them, saying, The ground of a certain rich man brought forth plentifully: And he thought within himself, saying, What shall I do, because I have no room where to bestow my fruits? And he said, This will I do: I will pull down my barns, and build greater; and there will I bestow all my fruits and my goods. And I will say to my soul, Soul, you have many goods laid up for many years; take your ease, eat, drink, and be merry. But God said unto him, You fool, this night your soul shall be required of you: then whose shall those things be, which you have provided? So is he that lays up treasure for himself, and is not rich toward God."

The above story (when Jesus said "a certain...", He was referring to a person known to the hearer. This is not a parable.) is short and to the point. Jesus did not wave his arms and sonorously intone "O, what a doofus!". He said what He had to say and got on with it. I heard a Radio Preacher wallow in these verses for half-an-hour this morning I really think that most preachers miss the main point.

I have no room where to bestow my fruits? And he said, This will I do: I will pull down my barns, and build greater...

Why did he not just build an annex? Why not another storage bin? NO, his plan was to pull down his existing storage and build bigger. What was to become of his currently stored stuff?

I believe that this story teaches a visceral truth.

Stupidity is a major sin, and its cost is dire.


Brother, can you spare a billion?


The Senate has passed the reprehensible Wall Street Panhandlers bill, despite the people's ninety-plus percent calls, emails and letters saying "NO!".

McCain spoke of the NEED for such an unpopular move.

The people must be brave as well, just as the Founders were brave in crying "No taxation without representation!". The Senate has proven that they no longer represent the people.