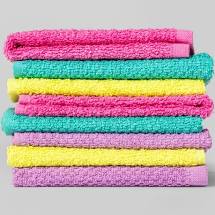 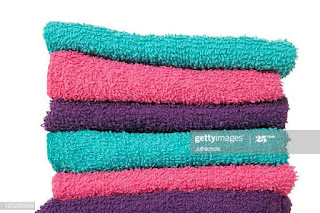 Apparently terrycloth loses ten pounds when photographed.
I was not long for that particular gig. I continued with the portrait work, and learned much of how not to raise children, but those tales are for another time.
Posted by The Aardvark at 3/25/2020 12:56:00 PM 2 comments:

The Worship of Molech Continues Apace.

A washboard for wasabi


I might be happier if sci fi writers and actors could get "silicon" and "silicone" straight.

West Chester, PA has a phone line to report businesses that are open but shouldn't be.

Just realised this:
"Privilege" is a post-modern, Godless
term for "blessing".

When I was a kid, I attended a few funerals. The pallbearers would each have a red rose in their lapel.
I have been a pallbearer twice. We were given an adhesive embroidered rose for our lapels.

Postmodern form over substance.
Hateful. If my pallbearers have stickers, I will haunt you all.

Learn to prepare.
The TP madness shows how bad it could get given a REAL catastrophe.

Has the CDC issued new info?
As I drove to the store, it was apparent that they believe if you drive SLOW,
you won't catch C.-19

Best line in awhile:
"I've got a date with destiny, and it
ain't gonna end with a kiss!"
(Candace from "Phineas and Ferb")

Having a genuine need to watch
"The Andromeda Strain".

"Prepping" means having stuff ready in case there is An Event, not rushing and panic-buying after the thing.

"Earn cash on the fly by reporting illegal business software today."
'Cos you can't possibly lose your job when we descend like locusts on your place of employment.

The panic of people following Covid19 cases
approaching their state
is like watching
a snail collision.

Been watching the late Eighties
"Superboy" series.
Gilbert Gottfried's "Nick Knack"
may be the best villain.

A peeve?
When people unwittingly share
incorrect info, then say
"I lied".

Funny things I've heard:
"If I get Corona virus, I also want Lyme disease, 'cos I love Corona with lime."

Seems to me that all the media-inspired worry would have a deleterious effect on immune response.

I have mused on the usefulness
of Cracker Barrel Restaurants in case of
The Zombie Apocalypse.

Just got back from a GRUELING voice session for
"Scared Shirtless", the horror podcast I'm in.
VERY taut.

If we get Bernie in as Prexy,
he'll have all those FEMA camps for Insta-Gulags!

Sarcasm is like a good game of chess... Most people don't know how to play chess.

If Christians were as persistent as the Google Business scammers, the entire world would be evangelised.

Original BSG, and Buck Rogers,
some of the worst SF shows EVER,
and I've seen Space:1999!

The Dread Dormomoo and I attended the last "Anime South" convention (I think in 2014).

Whilst there, I was at the hotel lobby coffee stand getting some much-needed java. As I was doing the thing, I dropped the creamer cup in my coffee cup. "Herp derp" sez I.

The sweet young con attendee next to me looked in wonder and said "Don't take this the wrong way...I've never heard someone your age say 'Herp derp' before".

It pays to be culture-savvy.

Missing when they said
HEElicopter
and the program after Mercury
was called Geminee.