A Force to be Reckoned With!

Here is the collaboration between your humble Aardvark and the Goodman. Vidad was nowhere in evidence.

From the He-Man She-Ra Christmas Special 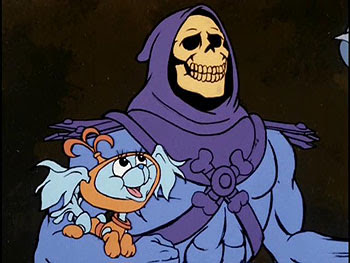 How exactly does bone smile? Seems that the pain would cancel out the jollity.

Maybe Skeletor could lead us all in a round of "God Rest Ye Merry Gentlefools".

That would be more Christmas-ey than Rudolph, Tiny Tim, and the "jinglehorse" from that song frapped in a blender. I'd add rum, and top it with whipped cream and fresh nutmeg.


Aardvark (sarcastically) " Oh, I know. Doing things for other people makes you happy...." 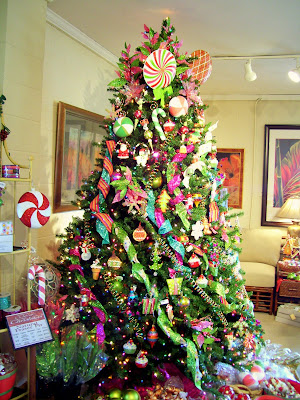 Lawyer Terry Quinn holds forth about the $500,000 price tag on a parking place near the slopes in tony Vail Colorado:

This is like those Detroit big shots who came to D.C. recently, each in his own private jet, to ask for handouts. Or AIG, whose execs sojourned at a pricey spa while it was getting assigned a space at the federal trough.

There are wealthy people who are clueless — or indifferent — about the effect their extravagance has on others less fortunate.

It’s amazing how anyone could pay that kind of money for a parking space, so he doesn’t have to walk so far to get to the slopes. I presume it’s a super-size space, so a Hummer or stretch limo can fit in it.

This rich guy is selling his own parking space at Vail. If the market will bear it, may he get his price. Mr. Quinn, Esq. is angered that anyone should enjoy such opulence where he can hear about it. Neal Boortz interviewed him today, and Quinn repeatedly grumped about the rich "flaunting" their wealth before those "less fortunate". Please correct me if you need, but it seems to me that merely having summat that another does not is not "flaunting". Were I to have a 24k gold Hummer, autographed by Arnold Schwarzenegger in platinum ink, with ruby and diamond appointed spinners, and were I to do wheelies in front of self-confessed middle-class Quinn's home as he shovels his walk, I believe that could qualify as "flaunting".

I think that I would quite enjoy it.

Mr Quinn is quite a font of error. The Big Auto guys were in corporate jets, NOT private. They are part of their contract. The hourly cost of these bigwigs is enormous, and one of the CEOs driving to DC would equal an enormous chunk of Mr. Quinn's middle-class yearly income. I do join his outrage at the AIG spa junket. He reveals his heart in this statement:

There are wealthy people who are clueless — or indifferent — about the effect their extravagance has on others less fortunate.

Well, clearly their extravagance is affecting Mr. Quinn in driving him toward extensive therapy, but for those of us a tad less quirky, it has little effect, except perhaps for those who manufacture the goods, and repair the goods, and sell the goods, and maintain the goods that the wealthy enjoy so ostentatiously. The money The Rich spend spreads across the economy, like so much Beluga caviar on toast points. The more slathered on the economy, the better.

Mr. Quinn, speaking with Boortz, expressed his solution clearly: you should not buy something that another cannot afford, which thought fills me with rage. I mean, I shop at Wal-Mart, which is grossly unfair to me, especially as there are many who shop at Target, and Macy's. But what about those privileged schlubs, forced to shop Tar-ZHAY when those across town habitually shop Nieman-Marcus? Thus we are led to Terry Quinn's Christmas Vision, a world where everyone shops at the Dollar Store. EVERYONE can afford that, yes?

The left loves to parade Homelessness and Hunger before our eyes at this merry time, not so much to encourage Charity, but to spread guilt and misery, those most Liberal of commodities. THEY cannot shop the Dollar Store, nor even the Thrift Shop, and those who can should not flaunt their extravagance before the eyes of the indigent.Clearly Terry Quinn's vision of equity must bring us to this point: a shoeless, soapless, jobless society where there is no-one above us to hire us, mentor us, give us something to shoot for, because some imbecile in kindergarten decided to teach Terry Quinn the concept of "fair".

Let me say it, since apparently few recognise the facts:

There IS NO Office of the President-elect

Barack Hussein Obama IS NOT the President-elect. The electoral college has neither met nor voted. The "popular vote" is meaningless.

Obama's little blue sign on his lectern reminds me of nothing more than an eight-year-old coming up with a little club with his friends. The He-man Republic-haters Club.

His "President-elect'" self-promotion reminds me of the preachers who put a picture of themselves on billboards advertising their churches.