This makes me happy, so VERY happy! 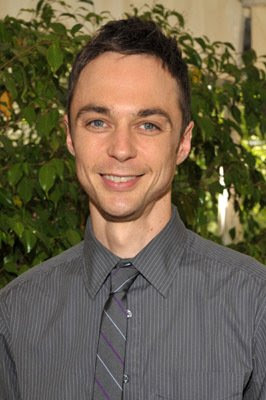 If you will pardon your Aardvark's penchant for going fanboy, he has News of Import.
The Dread Dormomoo sent himself a link:


Big Bang Theory Star Back on Broadway
Actor Jim Parsons is making his return to Broadway. Yes, your favorite lanky egg-head from the set of Big Bang Theory, has been making a name for himself away from the small screen. He may be Sheldon once a week, a role that has earned him two Emmys. But he has also acted as Tommy Boatwright in the Tony-winning revival of Normal Heart. That marked the young man’s first stint on the stage, but it must have agreed with him. Next season, it’s Harvey for Jim Parsons.
In Harvey, Parsons will play Elwood P. Dowd. This is where things get strange. Elwood’s best friend is an imaginary rabbit. Harvey must be a comedy because his own sister will be inspired to try and have him committed. Then, despite her best efforts, she’s the one who gets hospitalized for questionable sanity.


What brings Varky tears to the fore is (1): he loathes big cities, so it is unlikely that he shall ever see the Broadway show, nor meet Pretty Lady, and (2): they had to explain the plot to the hoi polloi.

Despite his enormous disdain for Whollyodd's inability to bring original ideas to the fore, but instead making remakes of old (often failed) movies (Tron, anyone?), the Aardvark would gladly bask in the argent glow of the Big Screen to see a Parsons remake of the "Harvey" movie. Oh, yez.

Considering these times, I am a bit nervous when moderns touch classics. Still, I hope if they do revive Harvey they do it well. I have more invested in that movie than most.

We are on the same page, me boyo. We probably scrawled with the same crayon.

The ONLY thing that keeps me from shrieking into 'Vark lair, and performing a rez to bring back Zombie Jimmy Stewart (this one takes even LONGER to say things!) is an appreciation of Jim Parson's craft.
He, at least, should do a creditable turn at the role.

Hmmm...we may have some congruence in our backgrounds, methinks.

I certainly wouldn't be depressed about having a brother of another mother (and father if need be). Though that too is a bit scary. Meh, I can live with that last.

1) He is excellent on "Big Bang Theory"

2) They could have filled the Elwood P. Dowd role by casting Jim Carrey.

The angels should be singing over that.