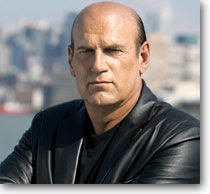 So, Jesse Ventura is a Paulista. Good. He says that if Ron Paul does not get the Repub nomination (an event that increasingly gains probability, given the less-than-stellar performances of all the rest) then he should go Libertarian, throwing his support into a viable third-party run (a novelty for the Libertarian Party, given the fringe aspects of many of their candidates).

I dunno. Even as a libertarian, I would think a Paul / LP match would drag Congressman Paul down, rather than uplift the Libertarian Party; too many weirdnesses and schismatic issues in the LP, and especially for those outside the LP that would have either broaden their minds, or have their brains to fall out to vote the ticket.

Then, "The Body" Ventura lets it be known that he would certainly consider a Paul/Ventura run for Prexy.