Disclosure is on the way. For reals. An archaeological dig in Rwanda yielded an awesome graveyard of massive alien bodies.

“There must be 200 bodies buried there and not a single one of them is human,” Dr. Hugo Childs, the Swiss anthropologist, told reporters in Kigali, Rwanda.

“They are in amazing state of preservation to be so old,” he added. “Soil and tissue samples indicate the bodies have been in the ground since the 1400s. We’re now trying to figure out where they came from – and what killed them.”

Dr. Childs and his colleagues reportedly discovered the alien graveyard on a routine survey of the Rwandan jungle.

They originally thought they had stumbled on the remains of a centuries-old village. But excavation reportedly revealed nothing but alien bodies – stacked in fives in a jungle clearing.

“The creatures themselves were much taller and skinnier than humans,” said the expert.

“They stood about 7 feet tall and they were not any bigger around than small sapling trees.

“Their heads were larger than the average man’s and they had no mouth, nose or eyes to speak of.

Dr. Childs would not take reporters to the site, for fear of the bodies being disturbed. However, he promised to reveal the location once the excavation was complete. “It will change the world,” Dr. Childs said.


Here is the photo: 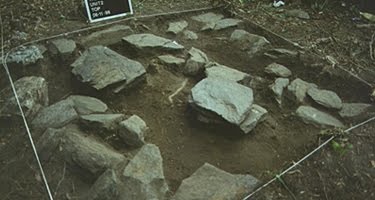 Hey. It's just as I thought they would look. I mean, this is pretty close 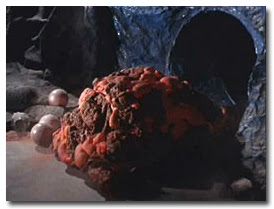 (Oh, the newspaper of record was the Weekly World News)

Perhaps an interesting point, but Rwanda is just on the other side of Lake Victoria from Olduvai Gorge. Coincidence?

Wait...I get what you are saying! This is where the Leakeys buried their giant alien collection.