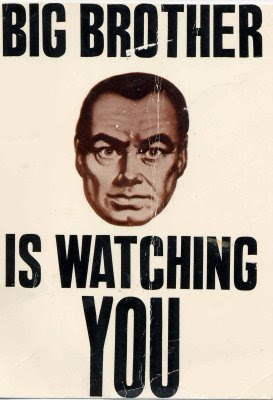 The Dread Dormomoo was a tad tart this morning over the morning java. I brought up the new Transportation Secretary's idea of taxing drivers by mileage driven, rather than by gas alone. Every time the Give-mint fiddles with summat, it messes up what it has already fiddled with. They set gasoline taxes, then they messed with gas prices to make one Special Interest happy, and that changed people's driving habits. They messed with gas mileage standards to please other Special Interest Groups, and that made gas usage go down (and made driving far less safe), and played hob with the gas tax revenues. Now they want to tax mileage. The method being tossed about will be a GPS chip in your license registration sticker, so not only will they be able to track mileage, but also your whereabouts.

I would sooner have toll-roads. Building the toll islands would make jobs, and Stimulate the Economy (cue '70s pr0n music), It would make me think I'm vacationing in Florida every day, except for the humidity and palmetto bugs. Ooooooh, can we stop for free OJ?

Back to the Dread Dormomoo. She said: "Every time a politician talks about raising taxes, or suggests a new tax, they are really saying 'I'm a failure.', because they couldn't do their real job." What job? Governing. Governance is more than "spend, then tax to make up the shortfall". Governing requires, true governing IS , self-control: spending within means, not saying yes to every whiner with a shopping list, then handing an ever-burgeoning bill to the taxpayer.

It is time to tell Washington "NO!" No new taxes, no new intrusions. One thing is already becoming certain: any change from this administration is apt to be bad.
Posted by The Aardvark at 2/20/2009 09:16:00 AM

Hmmm... yet another violation of the peoples' rights according to the 10th amendment of that that piece of paper that no one reads. As far as I can surmise, this was not a power originally delegated to the Feds, and thus clearly given to the people: the right to travel where they want to as often as they want to. But who cares about about rights, only liberals get to have them.

Dissent is patriotism!
Revolt!
Taxpaying is slavery!
Revolt!
Aardvark will lead us!
REVOLT!

You REALLY should have the "V" mask as your avatar.