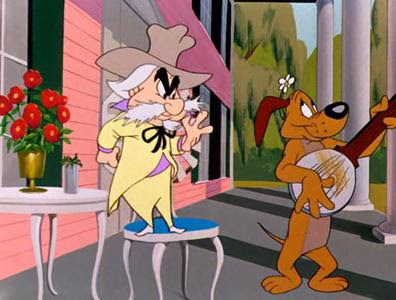 May I please suggest that if the US is a "racist nation", it is so predominantly "Up, and to the left." North of the Mason Dixon line, blue-collar racism is entrenched, and gee, Wally, it sure seems that the proggies are the ones endlessly prating about the color of one's skin. The Jacksons, Sharptons and other alleged "reverends" are generally first in line to flip that race card, generally for a profit. Democrat-instigated Jim Crow laws prevented freedmen from voting...Republican. Notable among fans of the "R" party was Frederick Douglass. (Of course, that was when the "R" actually meant summat.) Feel free to Google to prove this wrong.

Now the Supremes have said, in essence, "Enough is enough." The Southern states have been punished enough. There is no problem anymore. No poll taxes, universal franchise. And the reliable leftward drumbeat begins (though how one can beat a drum whilst flailing one's arms is beyond me). I suspect that accusations of plans for a Renewed South will be forthcoming, with plantations, and the head of the house fanning himself on the veranda, sipping a mint julep while smiling at the strains of spirituals wafting in the breeze. All the screens at the Monaco will be showing D.W. Griffith's "Birth of a Nation", except for one theater for the widdle kiddles, and that will show Disney's "Song of the South."

What? You think I paint with too broad a brush? Go re-read some of the FB posts and news editorials. Frankly I think I am being quite moderate. The flavor of despair, and the concern that the Supremes have, in a single decision, set Civil Rights back fifty years, they are all there.

Why must you assume the worst? I see it as a clarion announcement of progress...in a good way. People generally get along, unless they are forced to, then tempers flare. I sussed out early on that the "N-word" (gracious, such an infantile term) was a dreadful thing to say, on par with "G.D". Self-evident truths. I also learned that being forced to "like" someone is a sham of the first order. A law or regulation might make me sit quietly on a bus with people Different From Myself, but it cannot make me love them. My heart must be changed.

I try my best to appraise a person by their character rather than lack of, or abundance of, melanin. I find the concepts of racism and bigotry to be abhorrent in the extreme. That the Son of God died for all races is a powerful argument against letting red, yellow, black or white be anything but window-dressing. To return to my thesis, I think that many, if not most, are NOT slavering to reverse the last fifty years. Unless one is bred into hate, whatever one's tint, Southerners are content to get along with folks, especially if they are get alongable. I've been betrayed by enough white folks to make me want to resign from the club. WHATEVER the color, there are lovely, lovely people, and their are consummate liars and jerks and frauds. Oh my.

Oh, I could get in all kinds of trouble for this, maybe even from you, but...

The best thing in the world for blacks, and other minorities, in the world, would be a 50 year set back. Sadly, I don't see that happening at all.

The civil rights movement has done everything it can to undermine their constituents and make them dependent upon a very undependable government. One that will, if it rises to power, reinstate the worst of the pre-civil rights laws, or worse... outright genocide... That is how the mob rules when socialists gain power. Which is why I consider black Dems the truest of Uncle Toms. And they are. Just look at who is being aborted and who the strongest proponents of it are.

Blacks were making there way, slowly, painfully, but surely... until the "movement" took over and off. Now they live in slums like never before since slavery and every majority and minority that can get away from them does scoot. There will be no improvement until they go back, pick up where they were, and start over... from the bottom.

I fear that I cannot argue overmuch with this, Doom.

The worst, most corrupt city governments in the US (D.C., Detroit, Birmingham, AL) are run by blacks. Straight into the ground.

Don't think it is necessarily because of their race. Because of the environment caused by the civil rights "fixes", corruption rises easily to the top. White guilt adds to the mess. You cannot call the black politicos easily to account. That would be Raciss!

Why won't we ever see Obama impeached? Because no Congressman wants to go down in the history books as being involved in removing The First Black President.

Ah yes ... Brotherhood at the point of a bayonet. Makes me want to just snuggie up to absolutely everyone.

I've got Birth of a Nation in my collection. Where can I get Song of the South? My Dad took me to see this one back in the fifties. I wanna see it again!