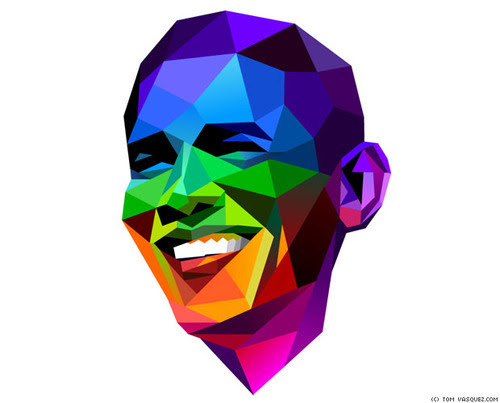 The right-wing rags have been a-twitter for months about fell rumors regarding Barack Hussein Obama's...proclivities. Stories of his participation in the Chicago bath house scene. His marriage being camouflage. Like that. If this is in fact true (cue Seinfeld: "Not that there's anything wrong with that."), then it raises uncomfortable possibilities.

The US ambassador in Benghazi, J. Christopher Stevens, was also supposed to be gay. Our State department apparently sent a homosexual to a Muslim country, where such behavior is punishable (at least) by imprisonment. This is breathtakingly stupid, unless there is a Reason. Every indication of late is that the consulate was left high and dry, and that the defenders did so voluntarily, against orders. The CIA operatives there were told to stand down when they wanted to help. Ambassador Stevens was abandoned by President Rainbow and his State Department.

Apparently President Obama did listen during his years under Rev. Wright's preachifying. II Samuel 11 details the story of Uriah. He was one of King David's mighty men. He had a beautiful wife, Bathsheba, who David saw bathing on her roof (David's roof was higher. It's GOOD to be the King.).
David sent for her, and she gave a command performance, while her husband was on the battlefield. Whoops, it was during her fertile time (maybe the bath should have been a clue), and she became pregnant with child, in the family way, with a bun in the oven. David went into scheming mode, and brought Uriah home to confer about the war. David then told him to go home to his wife.

Uriah said "My men are not able to enjoy such comforts." and refused. David got him drunk, delivered him home, but that dratted Hittite's honor held up to the challenge, and he slept in the servants' quarters. No whoopie with wifey. No convenient excuse for David and Bathsheba.

David was a man used to getting what he wanted:

In the morning it happened that David wrote a letter to Joab and sent it by the hand of Uriah.  And he wrote in the letter, saying, “Set Uriah in the forefront of the hottest battle, and retreat from him, that he may be struck down and die.”  So it was, while Joab besieged the city, that he assigned Uriah to a place where he knew there were valiant men. Then the men of the city came out and fought with Joab. And some of the people of the servants of David fell; and Uriah the Hittite died also.


Lesson: You put the guy you want to get offed to the front, then abandon him. The enemy becomes your hitman. Obama and Co. watched a drones-eye view as the events took place, rather like David awaiting news from the front. It was just a matter of time.

Benghazi has all the earmarks of this tactic. Why was Stevens marked for death? It certainly appears that he was, and that a badly-done anti-Mohammed movie trailer had nothing to do with it.