Thank you very much...he's here all week. Try the veal.


I received a request from someone with  summat on their mind, but who cannot afford "it getting back" to the wrong folks.

I Resemble That Remark
by
Anonymous

I work at a small prestigious university somewhere in the mid-west. As it's a "liberal arts" establishment it's not what you would call a bastion of conservative thought. Because of this & the fact at least three people at work view my blog regularly, I can't post this article on it or even under my own name. If my anonymity threatens the credibility of this article, it can't be helped. In the past twelve years, because of my views, I have been harassed at one work place & fired from another.
On arriving for work on October 13, I was informed of a large gathering of students in the union lobby for the purpose of canvassing surrounding neighborhoods for the Obama campaign. OK. It is their right to do so after all.

While going about my custodial duties I noted a young man giving instructions & passing out packets of info on the areas they were to cover in town. About 4 PM I heard him comment:
"We have some red necks here."
As I superficially resemble that "demographic" I looked up & saw him putting a manila packet in a box & drawing out another. Wether he was trying to "protect" the young ladies in front of him or wanting to impress them is unclear. The contempt in the uttered phrase was, however, quite plain.
While the town the college is in is predominately white, I would hardly call it a hot bed of lynching & cross burning.

It's not just this. A couple days before, I noticed a gathering of young "Democrats" laughing & hooting along with Joe Biden during the VP debate. In talking with & overhearing others at work, I've noticed something interesting. They seem to equate aggressiveness & arrogance with strength. I think it is actually more out of desperation than anything else. Desperation because:
Since the first presidential debate, the paradigm has changed. For the first time the public has gotten to see & hear Mr. Romneys' postion from Mr. Romney himself, unfiltered by a hostile media. Because of that, poll results & moods on both sides of the campaign have changed.
Democrats, from the top down, now realize things are different. This is NOT the John McCain cakewalk of '08 where the presidency was handed to Mr. Obama wrapped in pretty paper & bow on a sterling silver platter. The Dems are now faced with the more than very real possibility of their candidate having to vacate the White House come January.

This does not sit well with them & they are now taking the attitude as exemplified by Mr. Biden. Some across the country have even threatened riot & violence if Mr. Obama is not re-elected. This is what it has come to. It has become more than just an intense political campaign with many on the left looking upon it as a (un)holy crusade with conservatives being viewed as infidels.
If you are conservative & give a damn ... or are just undecided & concerned ... and one who THINKS in a rational manner, then keep in mind that this election is not just about the presidency. It is not just also House & Senate seats up for grabs. It is also about up to two Supreme Court appointments that could determine the character of our Judicial branch & thus our nation for many years to come.

If I may, he exposes a truth!

The majority of the "anti-bullying" foofooraw comes from the types written of here. Perhaps their chicken necks were wrung once too often at recess by kids two grades younger. Yet, the selfsame behavior is their stock-in-trade, from terminal passive-aggressive behavior to their "aggressiveness & arrogance" being equated with strength. Biden's knavery in the debate was a form of bullying, and it backfired, except among the faithful.

I am not happy with our choices, but by Goo, I shall not stand for "four more years" of this trainwreck. If there was a constitutional Zoroastrian zombie running, I would consider him over the incumbent.

A vintage Vargas pinup would do less damage than O'bama. 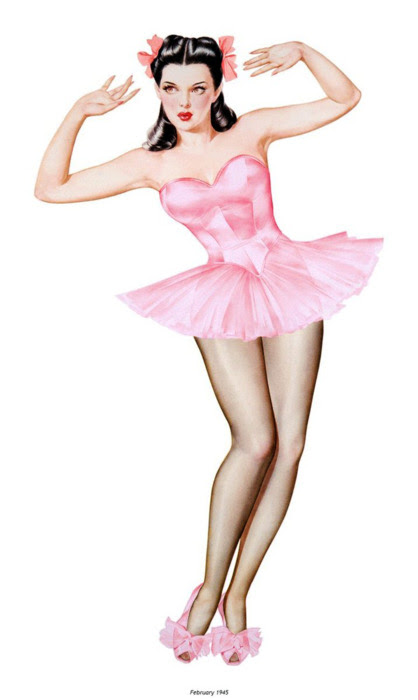