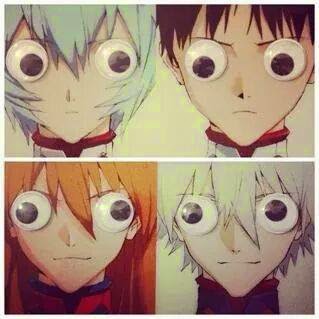 @Michael- That reminds me. There is an Evangelion/Lovecraft crossover fanfic out there called Children of an Elder God. Google can get you there.

Have not read it yet but looks promising.

@Jay --- No one seems to have picked it up, but in one of my Supercar fan pieces I had a bit where it was revealed Professor Popkiss once studied under someone who had worked with Lemarchand Boxes, so there was my Supercar/Hellraiser cross-over.

I'm always on the lookout for decent fan fiction (which is in dreadfully short supply), so thanks for the heads-up.

THE RUBICS' CUBE FROM HELLLLLLL!