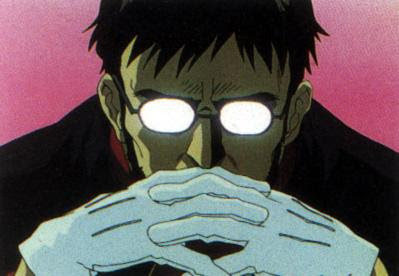 Hello Mr. and Mrs. America, and all the ships at sea...


Your Aardvark is reporting from Fort Wayne Indiana, attending IkasuCon, and wondering why.
The event is more the size of a very large party, rather than a small convention. the otaku and cosplayers seem very small and alone in the medium-sized Wayne Convention Center. Attendance is wa-a-a-a-ay down from last year. There is a higher-than-average percentage of costumed con-goers at this one, rather good, most of them.

We are staying at the attached Hilton, at a reduced con rate, which is OK. The waitresses at the restaurant are attentive, and don't overcharge (if you get the buffet, but only eat oatmeal and fresh fruit, they charge accordingly, which is nice, as I dislike eating $16 oatmeal, even when it is GOOD oatmeal.

I find myself attending cons for individuals. Of course, I'm here to sell shirts, but the attraction is the individual. This con, it is Tristan MacAvery, the English dub voice of creepy Gendo Ikari in Neon Genesis Evangelion. He writes improv texts, bizarre fiction, and is a funny, funny guy. Our conversations generally devolve into doing Charles Nelson Reilly at each other. We are both good mimics, but he gets paid for such, so I take the moral high ground. HAH!

So here is the rant, borne out of burned-outness. Fan-beings, if you are going to use Japanese words (or ANY words), LEARN TO PRONOUNCE THEM.

YAOI - "Yahweh" is God's Name..."Yow-ee" is close enough for your little fetish.

GODOT - The character from the Phoenix Wright game is not "go-dot". "Guh-DOE" is more like it (although"Godot" is pronounced in Britain and Ireland with the emphasis on the first syllable i.e. /'gɒ.dəʊ/)

DALEK - The pronunciation is "dah-leck" not "Day-leck" or "DAR-leck". Where the heck does the "R" come from?

GYRO - The Greek sandwich is not a "JYE-roh". That is a rotating device which helps missiles stay properly oriented. It is also the name of Scrooge McDuck's inventor friend.
The sandwich is pronounced "yee-roh"

We have a shirt that says :

Public education is SO great.

I know exactly who that is. Yay. Sorry it's the suck this year.

watch this. hat tip to a canuckistani. heh.

Public education is SO great.

Ya Know Aardvark, you get what you pay for...