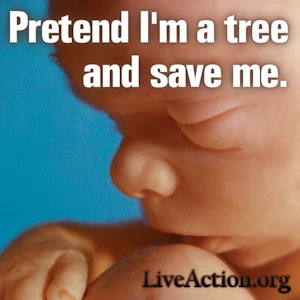 While I was in Knoxville at the Knoxville Comics and Anime Con, and doing well, thank you, the Voices of Reason abdicated their positions, and a pro-life group gave the Republican nominees (or the Red Faction, as Vox puts it) a Paper to sign, a pledge promising solemnly, and swearing on pain of having their livers cut out whilst staked out on the beach ohLordmyGodistherenohelpforthewidow'sson
*ahem* or somesuch that they would not ever, never hire anyone for their staffs who is not staunchly pro-life. Mitt Romney refused.

So did Herman Cain.

(Boos and hisses from the gallery)

Mitt has already disqualified himself with his dumb MassCare or whatever it's called. His lack of repentance is breathtaking in light of mainstream America's disfavor of O'bamaCare. His polls are down. Herman Cain, that champion of the FairTax (and yes, I've read the site and much of the forum kerfuffles. I still like it, and I liked the Linder/Boortz "comic book" as well. Color me naive, and a potato-eater.), Cain has refused to sign the pledge. A bouquet of rotted veg rockets from the cheap seats.

Pause with me as I present my curriculum vitae: I am pro-life. I have marched in Montgomery for an awesome Pro-Life bill that was overwhelmingly ignored (and there were more of us than were ever at a civil rights march!). I was media liaison for an area pro-life group for a time. I have prayed, spoken, and been earnestly pro-life. I even blog pro-life. I am so pro-life that I actually considered thinking about joining Operation Rescue, and decided that my best family ministry was ministering to my family whilst not in jail. I taught my children not to kill their unborn children. One has obeyed my teaching, for the others it has never become an issue. Bottom line: I am pro-life, even if I don't pray the rosary.

That said, allow me once again to tenderise the insensate equine. Abortion is not a political issue. It is one of the heart. I just wish that the Bible quoters would go beyond individual verses and instead perceive the gestalt of the gospel call. It is easy to wave a placard with

" 13 For you created my inmost being;
you knit me together in my mother’s womb.
14 I praise you because I am fearfully and wonderfully made;
your works are wonderful,
I know that full well.
15 My frame was not hidden from you
when I was made in the secret place,
when I was woven together in the depths of the earth.
16 Your eyes saw my unformed body;
all the days ordained for me were written in your book
before one of them came to be. " (Psalm 139:13-16 NIV)

It is easy to march, and hand out literature. It is harder to invest yourself in people's lives. It is harder to teach people the gospel, and that killing babies is less than God's best. It is harder to raise your children to do right. There are many who do that, and eternal huzzahs are due them. There are people who open their homes and pocketbooks to strangers to care for them through the pregnancy, and then provide an adoptive home for the baby. More huzzahs!!

The point is (going back to the gestalt thingie) that we are called as Christians to teach the Gospel, and live it. We have no command nor example to politicize issues like abortion. The clash of the Kingdom of God versus the kingdom of darkness occurs in the heart and mind, not in the streets. (insert West Side Story alley fight here).

Doing this political pledge is counterproductive. It could deny us the abolition of things like oppressive taxation, a clearly political issue. Mixing the gospel and politics is always a losing proposition...for the gospel. It requires admixture, adulteration, compromise. You spread the Gospel by teaching the Gospel, not trying to vote it in.

Caesar to Caesar, God to God.

Excellent, as far as it goes.
Most religion that rejects 1 Corinthians 12 & 14 & Acts 2:38&39 accepts the dogma of fatalism, or "Election" as it is sometimes erroneously called. I continue to be amazed that the "Iffith it beeith Thy Willith O Lordith" camp cannot accept that, if God chose His Own before the foundation of the world, knows the end from the beginning, is all powerful and all-knowing, He certainly is not about to let a few petty abortionists muck up His Plan, and all the marching, politicking, calling people that have had abortions "murderers!!!" and so on will not alter or obstruct it either.
Personally, Galt-in-Da-Box accepts the scriptural reality that, in accordance with Genesis 2:7, life begins with a man's first breath, and "unborn children", if you prefer to call them that, don't go to hell if they die before they are born.

Yeah...show me chapter and verse on the whole sinners prayer thing.
As to your final point, well, that's another post....;^)

Thank you, CD!! Great to hear from you. I hope that you are well.