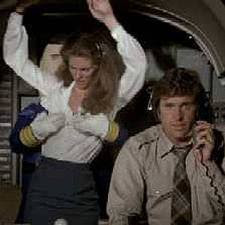 The Dread Dormomoo and I were discussing the current kerfuffle over the TSA's special secure brand of molestation, and herself sagely opined that it is part of Government's ongoing effort to subjugate the citizenry.by public humiliation, to render us sheepish. This methodology has been used for years in pub...er, Government schools to control the kinder. The sharp-tongued harridan (or Teacher) will ridicule and verbally humiliate a student who is not measuring up to behavioral or academic norms, providing an object lesson for the rest of the class.

The sexually invasive methods of security screening favored by the TSA belong in a third-world...sorry, developing nation rather than the United States. You can thank the PC zeitgeist for this development. Israel, whose every neighbor wishes to be no more, has not had an EL AL jet to fall from the skies onto Jerusalem or Tel Aviv because they know what to do. It has been said that American security looks for weapons; Israelis look for terrorists. Because it is not considered fair to look for people who look or sound a certain way, we waste our time and efforts groping Lutheran grandmas and blond-haired, blue-eyed children looking for explosive bras or Underoos. The Israelis talk to passengers. They look for a profile. Three times they speak eye-to-eye to flyers, and remove the hinky ones. The inhabitants of Iraq and Afghanistan are swarthy, as are the Saudis, whence came funding for the 9/11 events. Is it beyond the pale to look for those who hail from these peoples, or do we remove everyone else, and leave the skies to the AY-rabs?

I suggest that we not fly. Vox encourages this, as well. If the airlines feel the pinch, perhaps the bottom line will help them resist the groping they endure from the Feds.
Posted by The Aardvark at 11/17/2010 04:44:00 PM

Winston Churchill observed that "Americans can be trusted to do the right thing, once they've exhausted every conceivable alternative."
When the government finally does something grotesquely fascist enough to awaken the people from the Papist brain-filthing that it is God (mows down an unarmed civilian crowd or moves to forcefully confiscate the arms of 200 million Americans after whimpering lamely it couldn't deport 20 million Mexicans that it let in illegally) at least SOME of US are going to summon the intestinal fortitude to resist...
Many of US already have!