Another Saturday night, and I ain't got....


I have done what I said I would never do. We have a TV in the bedroom. It has been there for years, as a monitor for my region-free DVD player. Watch stuff on it like Space Patrol (the Roberta Leigh one), Lavender Castle, other cult shows only available in PAL, Region 2. I just put in a digital to analog decoder, and I have the glories of local (digital) broadcast TV. The only thing missing is rabbit ears swathed in Reynolds Wrap. MeTV in my room. YAAAAY!

Star Trek: "The Apple". Plays like a third season, but is a second season episode. It DOES have some sexiful phaser scenes. The People of Vaal, serve a Godzilla head carven from solid rock. Their god provides a paradise for them, they provide fruits and veg for him. A god who prefers a high-fiber diet. Who'd-a thunk? How can Kirk and Co. figure out how to ruin Paradise? Of course, the natives have John Boehner tans, their face decorations look like the results of a sleepover of eleven-year-old girls, and all the people, male and female, wear girl's moccasins.  They may have Paradise, but they live in fashion hell. Or New Jersey.

Which Kirk and Co. rescue them from by destroying their ancient computer/provider "god".

Reminds me of atheist trolls on internet forums.
-----------------------------
Svengoolie is showing the wonderfully weird original Universal "Frankenstein". The studio sent him a restored version, which includes the blasphemous utterance by Dr. Frankenstein:  “In the name of God, now I know what it feels like to be a God!”

After the monster is vivified, Dr. Waldman, Henry Frankenstein's old medical professor promises to destroy the rampaging victimized creature painlessly. Poor old Waldman forgot to actually kill the creature before he began dissecting him. It is his last mistake.

The technical work is beautiful. The "Strickfadens", the whirly, sparky electrical contrivances in the lab (so named for Kenneth Strickfaden, the effects man) branded themselves into the Frankenstein gestalt, so much so that they were used in all of the following Frankenstein movies involving creation of a monster, including "Bride of Frankenstein" and Mel Brook's comedy "Young Frankenstein". Apparently, Strickfaden secured a Tesla coil made by Nikola Tesla himself! 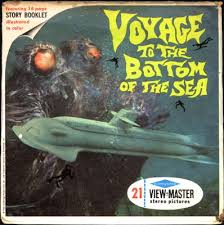 Have a happy Sunday!

I actually now have cable. It's cheaper and less problematic to have cable regularly than to have it off and on for when my mother visits. And, unfortunately, I do find myself watching it.

I can still watch Star Trek but I can't stomach VttBotS. I don't know if I watched that as a kid, but don't think I liked it even then, if probably for different reasons? I am sure it would still have been on reruns. Never mind, midnight grumbles while my g.i. settles from an odd disturbance. Grumbled and chuckled and guffawed on my blog too.

@Vark --- you should'a seen how fat Vaal was before he was put on a diet. Wow!

Love that bit in "The Apple" where Scotty's plan to break the Enterprise free of the planet's orbit fails and he tells Kirk "I guess you'll have to fire me". Cut to Shatner who murmurs "You're fired" and then signs off.

@Doom --- VttBotS can admittedly be something of an acquired taste. A lot of Irwin Allen's shows are like buffet lines. You have to move up and down and pick the items you really like. For an example: I only have the first season of Lost in Space on DVD because I find I can easily ignore the rest of the series.

@Doom- I can understand about "Voyage". The first (B&W) season was all Cold War thriller stuff, with the occasional sci fi thing thrown in (a robot probe returns from space. The probe is a spacecraft with a robot inside. Mayhem ensues. The first season two episode (when they were IN COLOR) was outstanding, with a giant whale swallowing the bathysphere with Admiral Nelson and a pretty Russian biologist inside. Whale guts and theist v. atheist philosophizing ensue, with healthy doses from the book of Jonah. (The whale innards effects work was good enough to rate a TV Guide article at the time.

As Michael says, an acquired taste. Irwin Allen was clearly aware of Who Was Watching, but rather than continuing to produce WHAT MADE THEM WATCH, he would play down to the demographic. (Kids were watching "Lost in Space". Allen turned Dr. Smith from being an evil creep to acting the cowardly buffoon. I agree with Michael, LiS season 1 is the only season of worth.)

Doom, with you having cable and all, if I hear of you watching Honey Boo Boo, the banhammer shall descend. ;^)

Okay, that makes some sense. I've seen that sort, if I am such a casual watcher that I never really knew who did what or such. I did like Lost in Space as a kid. If I go for LiS, I'll remember that. Oh, and Vark too on that? I'll stick with the maestros of this schtick, to be sure.

Actually, that Russian things sounds... interesting. More because, at least in real life, I know women, regardless of what they say, want a man to lead them to right. Not sure how it works out with the brainwashed, or on tv, but...

Ah, so that's his problem. It's a common complaint of television, and even movie and prose, writers.

I do remember hating seeing Dr. Smith's change. I do actually remember that, I think. Imagine that annoying a little kid so much he remembers? Or, at least I thought the transition was in the series? I knew about it, in any case, and didn't like it then, or now.

Just leave a good thing alone, would be nice. But no, new and "improved".

As to Honey Boo Boo? Hahahaha! You slay me! And should I ever watch such a thing, I will help you. You will be stuck hiding the body, there is only just so much a guy can do! (Don't tell a woman that though. :p)

Irwin Allen was something of a spiritual ancestor to Roland Emmerich. Both people produce features with tightly constructed openings, but their follow-throughs quickly run out of steam. If they were chess players I would say that both Allen and Emmerich had strong opening games, but that was it.

Back in 1991 Innovation Comics produced a regretfully short-loved series which continued the LOST IN SPACE storyline. One of the features of the comic was a return of Doctor Smith as the cunning spymaster. You may count me as among the number who wished that the comic could've found a larger audience.

@Aardvark --- I remember that issue of TV GUIDE with the article on the "whale interior set". Here I should point out that, whereas I do not have that particular issue in my collection, I do have the issue with the lovely two-page color spread of the TIME TUNNEL (which was, for the longest time, the best rendition of that beautiful set available).

I'll keep it in mind when I run across LIS & Voyage to the Bottom of the Barrel (Or was that Voyage to See What's On the Bottom?). LIS first season, VTTBOTS first & second. Skip the rest.

I remember the latter seasons of those two shows. Both were stomach turners. LIS was beyond ridiculous (Dr. Smith makes Shinji Ikari look tolerable.) & Voyage degenerated into "monster of the week".