We had a lovely little relationship with Cadence Bank. This was after it was Superior Bank, which cemented my belief that if they have to tell you that it is "Superior" in the name, then it must not be. That was after it was Community Bank, which WAS a community bank, until it was taken over in a spate of interstate banking rapine.

Cadence seemed to march to a different drummer, and had a local branch in our little burg, next to the Pig shopping center. 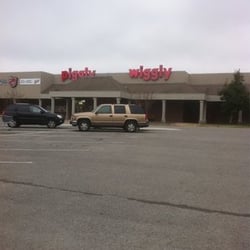 Very convenient, until the local branch closed. Oh, well. Athens branch was only 15 miles away, and we go to Athens several times a week. All was well, until they closed the Athens branch. They said that they hoped having the closest branch in Madison was not an inconvenience (Madison being 30 miles away. Oh, no, no inconvenience at all. We maintained our Cadence account because of inertia, and Homeland Security, and not wanting the bother of setting up a new business account, and besides, it gave me an excuse to go to Sprouts in Madison once a week.

We finally opted to set up an account at the venerable Redstone Federal Credit Union, which dates from the dawn of the Space Age. We spent an hour setting it all up, and during the filling-out-of-things, the Dread Dormomoo, in whose name the business exists, declared that I was retired.

I had gone on a sort of sabbatical from the shop a couple of years ago, when Dealing With People became too much for me to handle. I have of course printed, done design work, stripped screens and such, but I effectively removed myself from being the front man, because I found that to be unbearable where custom jobs were concerned.

Retired. Fishing, building models, reading, writing....(The first is a nod to convention, as fishing is to me, work.) I am retired. At 58. I shall be the envy of my crowd. But soft, the truth is a mistress harsh. Since my emancipation from my métier, my time spent at the shop has multiplied. I have not worked as much in quite some time. Much third shifting done!

The moral: Be careful of what people say about you.

I understand, in a different way. While I don't do more, retirement is because of health, so means that even the little I do is more taxing (when I can do it) than doing three or four times as much at four times the intensity. On the good side, you are married. That means you will most likely live longer (than myself, all else being equal and on balance). But more, you will feel it! *grins* Sometimes, in some ways? It tis good to be a batch. Still, I am sure marriage isn't all bad.

I'm still surprised some of you married guys haven't gone in on getting my neck stretched, or tricking me into marriage or something. Women seem only happy when it rains. Men married to women are only happy when their women are happy, which means they best get used to enjoying the wet. And I just like slinging mud balls, which causes rain. And while that makes women happy, it reminds them how miserable their joy is, so... steals the... Yeah, I'm very surprised a bunch of married men haven't strung me up. I'd be laughing the whole time though. I'm FREE, I'm RETIRED!!! :p

Just woke, having a goofy moment... and... testing my luck. Ah, and welcome back.

Thanks. I felt guilty, but busy happened.

You are entitled to your misogynistic opinions of the Honorable Estate. Why don'tcha go fly a rainbow flag, why don'tcha?

Oh, heavens no! I'm all for marriage, even for me. Mostly. But since I'm not, I get to enjoy the immaturity of not being married. Rainbow flag my... wait... my foot. Whew! Missed by >< that much. :p

I dunno...you were starting to come off like one of those "Vox" people...

"Irks", I believe they are called?

Dunno either. I think I came from a much different place, and even so, in doing a 180, have ended up in a slightly different place. At one time they would definitely have burned me, even now they aren't quite sure. Actually, that reminds me of *cough* someone else.

I can, in truth, be irksome. Worse, even I admit. Still, I try to keep it... civil. Mostly. If it seems a bit much, it probably isn't. It's when it seems moderate that you must take caution.

Even my luck is odd. The dedication, in the last song? Was an impossible accident, that as they accumulate, might see me to being burned at the alter. :p Do you take... *gulp*